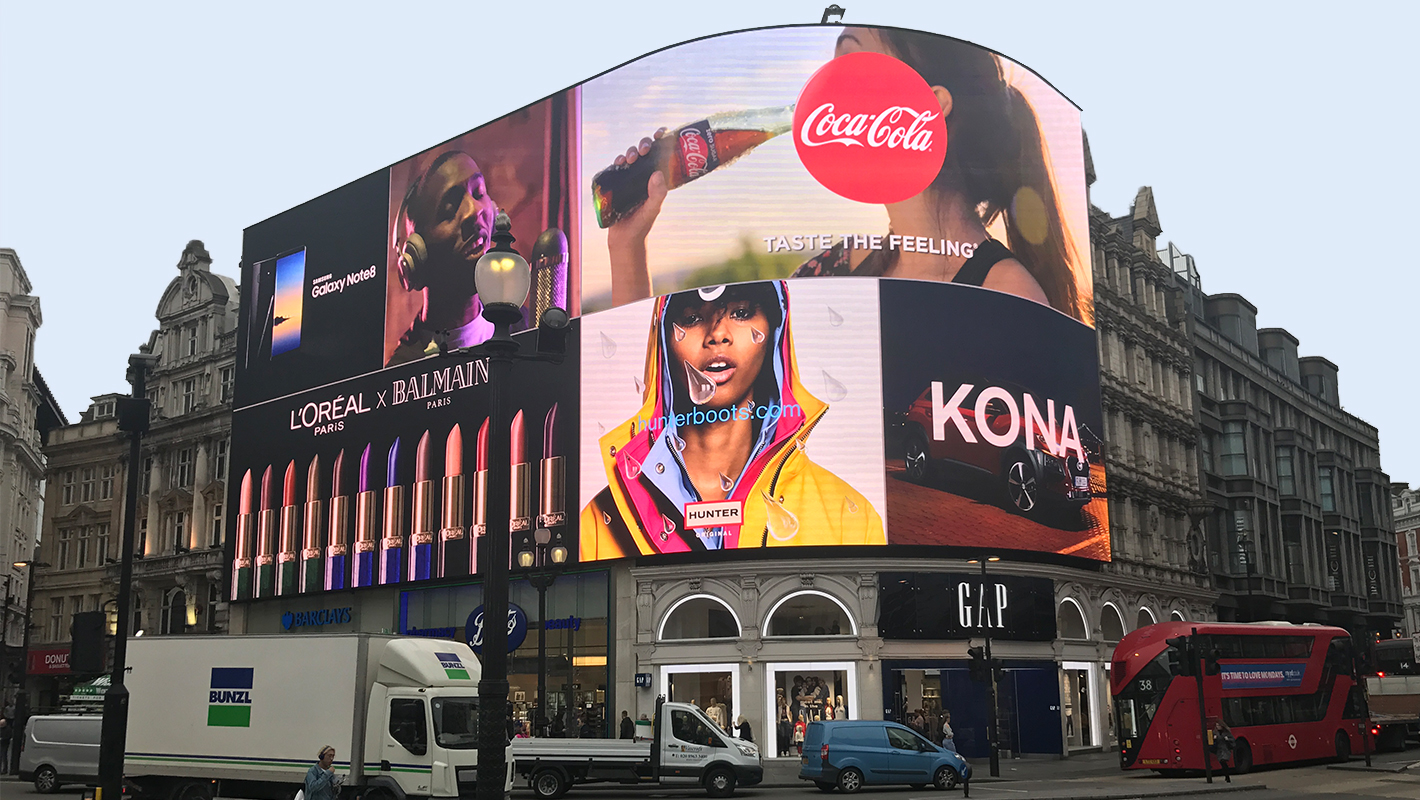 As you may have noticed, the Piccadilly Circus lights have been switched back on after 9 months in darkness, the second longest time without light since the Blitz in World War 2. The lights were turned off in January for renovations which saw the six individual screens replaced by the largest single digital screen in Europe. So what makes this new screen so special and how long will it be until the screen is updated again? Is this it for good now, or will the ever evolving technology demand another renovation in just a few years time? We take a look back at the history of Piccadilly Circus and delve into a couple of the brands that have chosen to advertise on the largest digital screen in Europe.

The History of Piccadilly Circus Lights

In 1819, Piccadilly Circus was built simply to connect Regent Street with Piccadilly. The first electrical advertisements then appeared in 1908, with Perrier being the first advert illuminated. Electric billboards were set up in 1923, using incandescent light bulbs which were eventually replaced with neon lights as well as moving signs.

The lights have been turned off for various occasions in the past, they were turned off in 1965 to coincide with Churchill’s funeral and 1997 for Princess Diana’s funeral. However they were originally turned off on August 11 1939 for a decade as part of the London-wide blackout in WW2. In the 2000s a gradual move to LED Display begins, and eventually LED screens take over the previous static signs. Interactive features were slowly being introduced. A McDonalds advertisement in 2008 worked alongside an app which allowed personalised characters to appear on the screen.

Advertisements are constantly becoming more creative and interactive in order to keep up with the advancements in technology. The new screen is no exception, and offers a range of new features that haven’t been offered in this space before. To start with, the advertising space is a 4K display on a screen that is 720m2, and the fact that it is a single screen presents the opportunity for a full-screen takeover on a space larger than the size of a tennis court! The screen itself receives data feeds, meaning advertising campaigns can automatically respond to live weather. Alongside this, it has facial recognition features and can identify genders, ages and passing cars, which can trigger relevant advertisements. With 104 million passers by per year, it would be interesting to know how often the adverts are triggered dependent purely on the passers by…

We work closely with Hunter and Stella McCartney offering various services such as Advertising, Artwork, Photography,  Retouching, and Video Post Production. The two brands have recently signed a deal to advertise at the new Piccadilly Lights in one of the six spots available, on rotation until January 2018. This is the first time luxury label Stella McCartney has opted for a large presence in mainstream out of home advertising, and their first advertisement is definitely a strong starting point for this.

Along with their much sought after spot on the new screen, Hunter have also taken over the Piccadilly Circus underground and New York’s Grand Central Station with their campaign. Tapestry provided all the artwork for this, and helped them achieve their successful takeover. They have also set up a ‘Scottish Highlands’ experience in Grand Central, which takes form as a pop up store inside a misty greenhouse. With a massive boost of exposure to the brand in the past week, we are expecting big things from Hunter this Autumn/Winter!