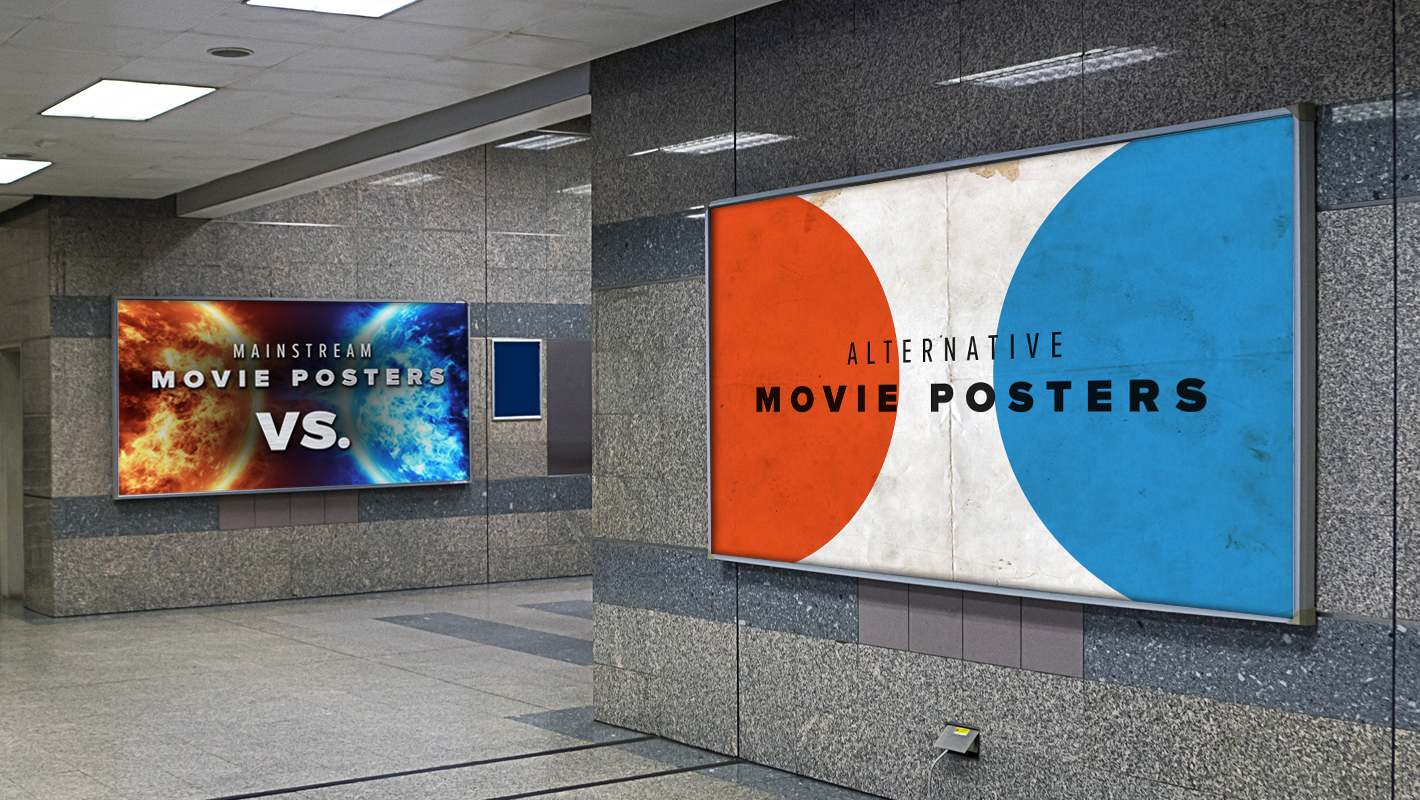 Motion pictures for a number of years now have been breaking all sorts of boundaries, from budgets to visual effects. The use of CGI is so stunning and realistic that you end up questioning what is, in fact, real and what isn’t. Marketing campaigns themselves can cost millions of dollars, as they play a key role in building hype around a potential Blockbuster before the release date. Movie teasers and trailers unfold by using epic senses that persuade viewers to watch the movie in question.

This is all well and good, but a traditional theatrical movie poster still often creates the first impression whilst supporting the wider marketing campaign. These posters are adapted for print and digital and will be displayed on a range of different media platforms, from out of house advertisements to Facebook ads on your smartphone.

So, after giving a brief overview of the importance a poster can play in selling a movie, here’s a poster that didn’t quite hit the mark this year…

Marvel Studios was bought for $4 billion back in December 2009 by Walt Disney and with this sort of money floating around I was expecting something epic in regard to a poster for ‘Spider-Man: Homecoming’ which was released in the summer. The production costs were roughly $175 million, compared to Spider-Man 3 (2007) which was a staggering $258 million it wasn’t quite on the same level. With so much imagery to play with and not forgetting a marketing budget of millions ($35.9 million on average) you still wonder why the official ‘Spider-Man: Homecoming’ poster had failed to impress. Less is more sometimes, and a multitude of characters crammed into this poster who all seem to be staring into space just isn’t cutting the mustard on this occasion. It seems to have a scrapbook-style approach and none of the images appear to exist in the same context. The Spider-Man 3 poster (right) dating back to 2007 has a much better feel towards the film without a mish-mash of imagery. Maybe endless amounts of alterations to please legal teams, accountants, executives, and marketing had taken it’s toll. For want of a better word… “too many cooks in the kitchen”.

It’s quite ironic that the initial COMING SOON designs (below) which were supposed to be the build-up to the release date seemed to be a vast improvement. (Source: BLT)

From a creative’s perspective (and I’m mainly talking about the big budget Blockbuster Movies), it’s not that often a movie poster catches my eye and intrigues me enough to want to find out more. If I do take a second look it’s normally from the notion that less is more and the poster seems to have a strong concept or story to tell without bombarding me with every character from the film, photoshopped and faded into each other. Even if the critic’s reviews have been poor, the temptation of a unique poster may convince me to still want to see it.

In the past few years, artists and designers around the world have been creating all sorts of film posters from minimal to in-depth illustrated imagery. Websites have cropped up dedicated to showcasing people’s ‘Alternative Movie Posters’. With such a trend taking place art galleries are also displaying the work. One example was the exhibition ‘30×30 1987’ which was celebrating 30 films turning 30 years old with art by 30 artists. Alternative Movie Posters (AMP) were one of the first to start this trend and bring artists and designers together. I have personally seen this site go from strength to strength over the past few years.

My personal preference in designing AMP’s is minimal design where your concept has to be key to stand out. This comes down to strong typography, visualising a memorable point in the film or creating something that is a complete polar opposite, but will still draw you in.

Below (left) is the official Blade Runner 2049 poster in complete contrast to my minimal alternative concept. I based my design on a strong memorable image taken from the film which also can be seen in the official trailer. I chose this image to draw people in, paired with modified contemporary futuristic typography to represent the word ‘BLADE’.

Along with the new release, I’ve also created a minimal poster for the original Blade Runner dating back to June 25, 1982. The concept revolved around the ‘Origami Unicorn’ which plays a significant role in the film. The blue strip across the Unicorn statue represents the makeup Daryl Hannah who plays Pris Stratton wore across her eyes.

Part of the reason artists and designers across the world are creating AMP’s might be down to the notion ‘I can do better than this’. Even without a brief from film companies many individuals are coming up trumps and creating outstanding campaign posters that would work perfectly in representing these Blockbuster movies. It’s a shame not many posters are being assigned to individual artists and designers, but it’s still good to see interpretations shared on social media also cult movies being given a new lease of life with an alternative approach. Many of these Blockbuster Movie Posters seem to follow the same concept and feel afraid to try something new in creating a poster that would be unique and stand on its own.

In keeping with the movie posters theme I decided to get into the spirit of Halloween (no pun intended) and create a few scary alternatives of my own.