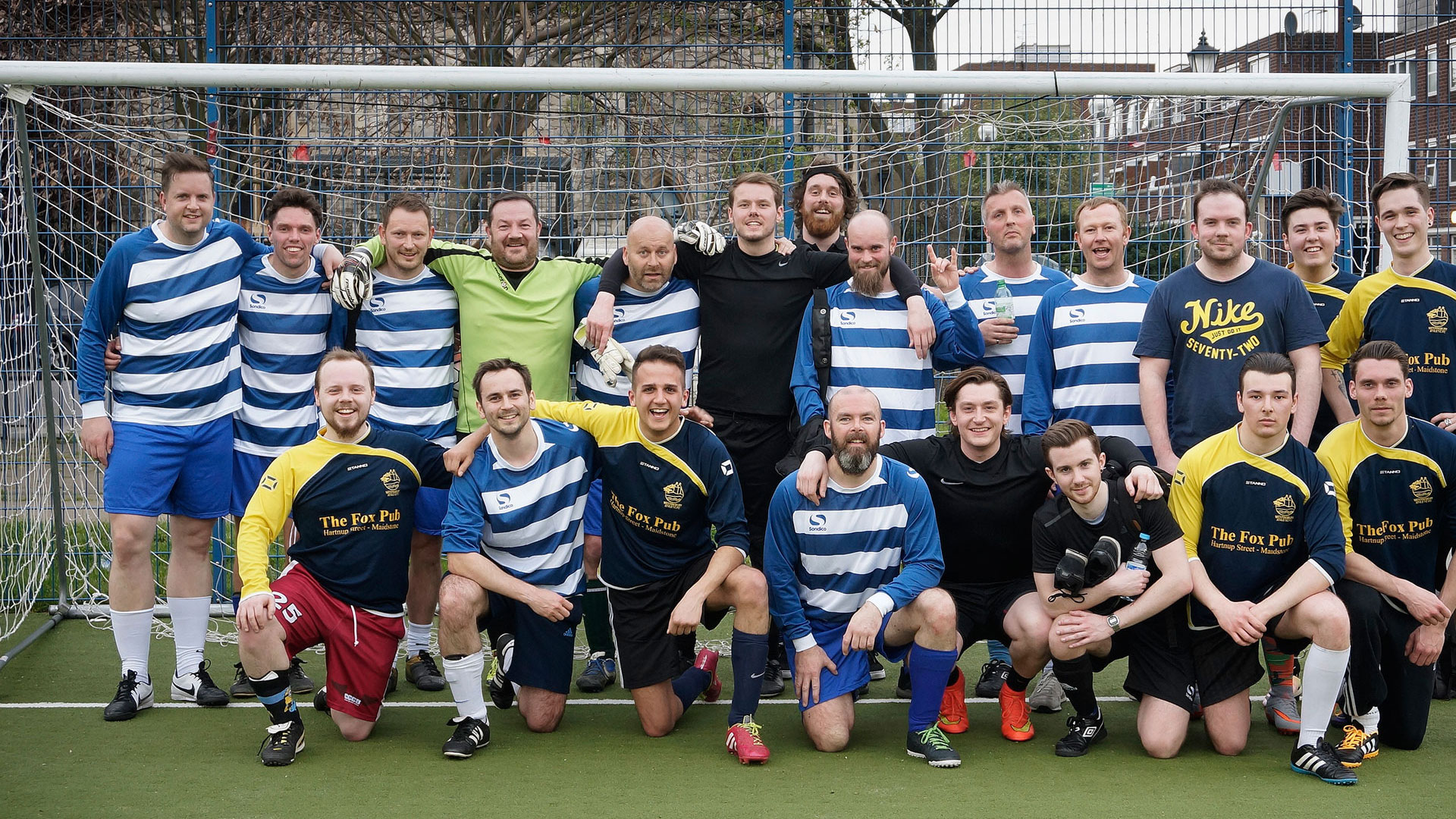 On Thursday 21st of April, the Tapestry Veterans took on the Tapestry Juniors in a highly anticipated game of 10 a side football.
There had been a lot of build up in the weeks before the game but we all knew that is would come down to the physical game, rather than the mental game.
Thankfully the weather stayed dry so at the end of the working day, the two teams headed down to the pitches at Rhino Turf in Camden Town and got ready for 60 minutes of non-professional football…or mayhem!
With no referee to keep the two sides in line, the first half kicked off and the veterans were immediately able to confirm their dominance and experience by opening the score through Tom Sharp (although the juniors may tell you it was a lucky goal). Thanks to the veteran’s organisation and well placed passes, they were able to maintain their dominance throughout the first half and the frantic disorganised passing from the juniors meant they weren’t able to score!
The first half was over and after a change of ends, the second half kicked off with everything to play for. Almost immediately, the veterans doubled their lead through Leon Webster who, shortly after, scored a second wonder goal! However, there were calls from the juniors that the goal should be disallowed as they claimed the ball bounced off the crossbar but not over the line. Unsurprisingly, the veterans weren’t pleased with the decision and they kept their 2-0 lead.
The game overall showed excellent goalkeeping from both Lewis Topsom and Andy Edridge who had their work cut out in the second half as the veterans were keen to extend their lead but the juniors had found their rhythm and were ready to fight back! Five minutes before the final whistle, the junior’s saw their window of opportunity to get one back on the veterans; Connor Jones and his infamous purple boots put the ball in the back of the net, however, it was all to late for the juniors to scrape a draw.
After 60 minutes of laughter, shouting and the odd few lunging tackles, the final score was 2-1 to the Tapestry vets, who are now taking full advantage of reminding the juniors of this win every day! Despite their victory, veteran Tony Garrett is sure that there aren’t ‘many Lionel Messi’s amongst us but I did see a few Mr Messy’s!”” All in all it was a great evening and we’re certainly looking forward to the rematch where we’ll see the juniors try to take that winning title!
”