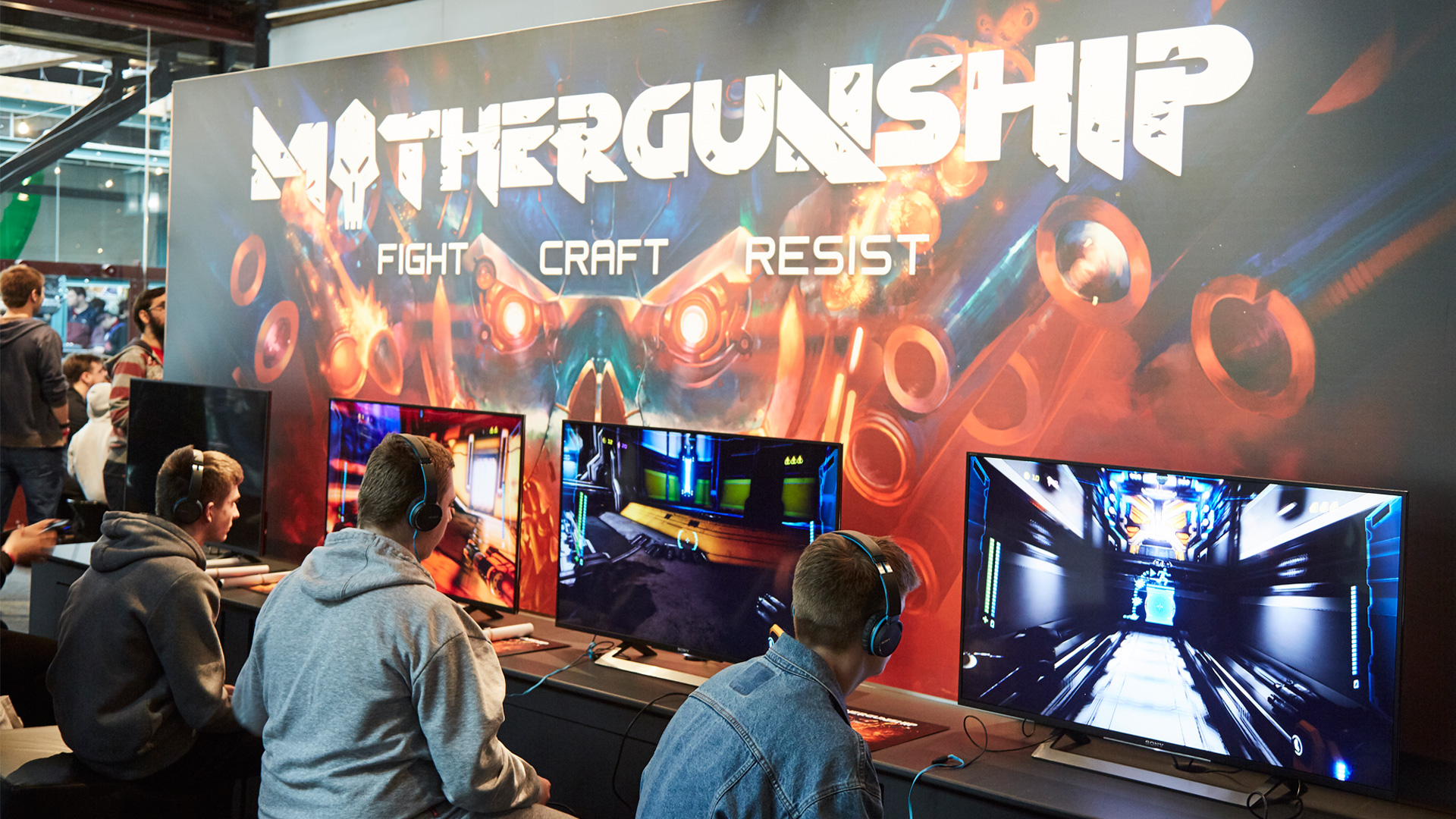 Each year London’s biggest game event, EGX Rezzed, takes place at Tobacco Docks where gamers and fans alike can come to trial upcoming releases, attend talks or seminars and hear from industry leaders or developers themselves. EGX Rezzed is an event brought to us by the team behind EGX, it’s older brother, the UK’s largest game event hosted annually in Birmingham. We made our way over earlier today to take a look at the action unfold, trial a few games ourselves and of course, bring some tote bags back for the office. However, one of our main reasons for heading over to the event was to see some of our artwork in action that we have produced for one of our long standing client’s Sold Out.

Now, if you’re wondering where we slot into the video games industry, then allow us to explain. ‘Tapestry is a top global supplier in our specialism for the world’s leading games publishers and platform owners. We’ve been producing artwork for clients such as EA, Sony PlayStation, Sold Out and Activision for over 20 years now, with the number of titles we produce continuing to grow year on year. Alongside POS material, product packaging, exhibition stands, press advertisements and digital banners, we have also designed in-game currencies that are being used throughout some of the best selling titles. This year at EGX Rezzed, Sold Out hosted their own room which showcased three of their upcoming titles: Strange Brigade, Immortal Unchained and Mothergunship. We have provided all packaging artwork for each of these titles, and produced the backdrops used to promote the games in the Sold Out room.

Whilst speaking to Sean, Katie and Konstantinos from Sold Out at the event, it was clear to see how proud they both were at the video game publisher’s growth, comparing their dedicated room this year to previous years where they claimed only two screens in the Indie room. This reinforces the fact that EGX Rezzed is a valuable event, giving Indie developers and publishers the chance to showcase their work to the masses and attract new crowds. It seems as though we’re still firmly within the boom of Indie Games, and there are no signs of this slowing any time soon.

The event runs until Sunday 15th April, and we’d highly recommend heading along if you have an interest in the video games industry. There’s plenty to do and let’s face it, there’s nothing better than playing a game a couple of months before it’s official release date and hearing from the developers themselves. Find out more about the event here, and see some of our artwork case studies here.