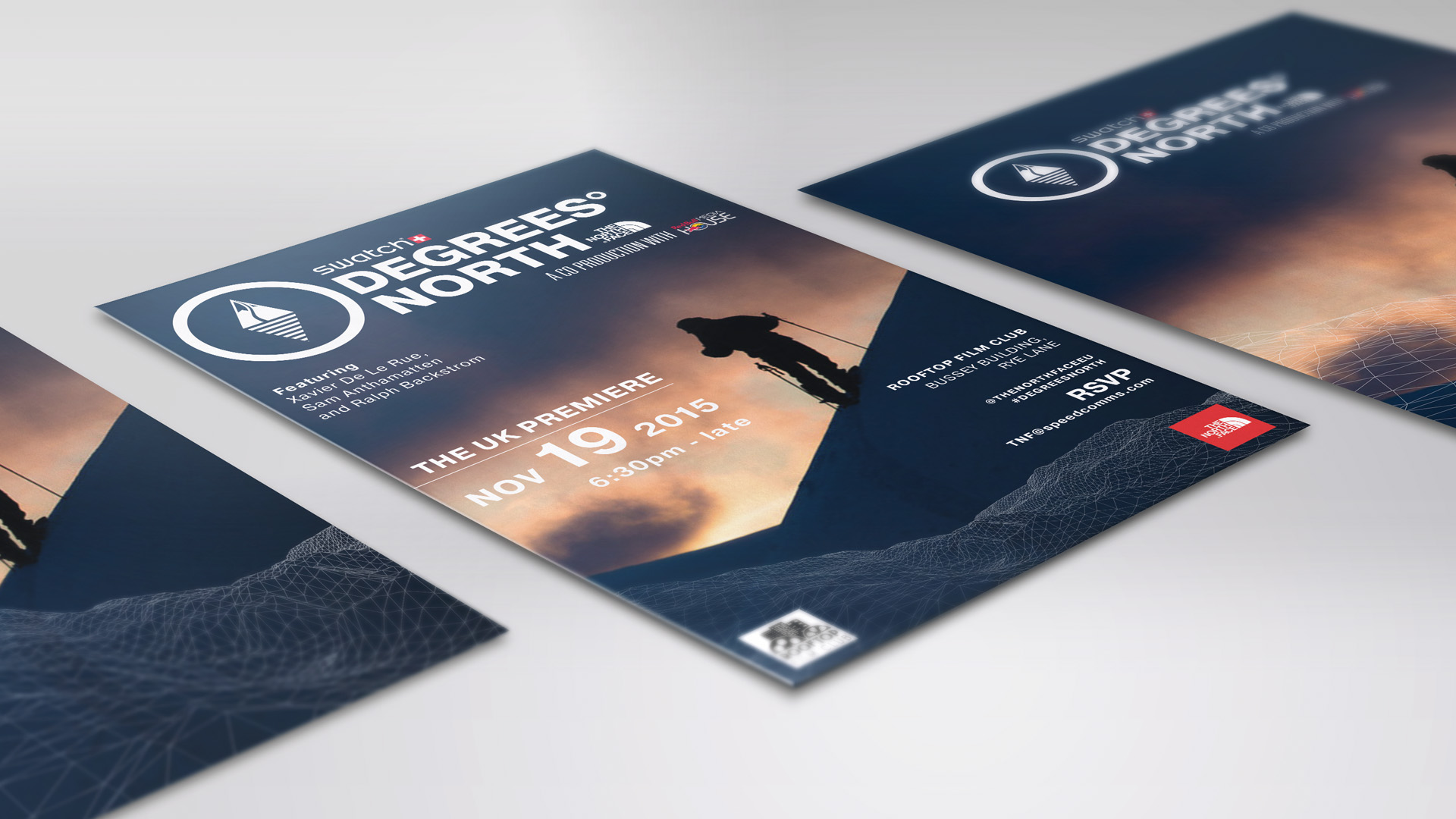 Sports and consumer PR agency, Speed Communications, commissioned us to design and fulfil an array of branded content to advertise the premiere of ‘Swatch Degrees North,’ on behalf of The North Face. The brief we received was to produce a new visual identity for The North Face, retaining it’s familiarity while catering towards the sporting worlds of skiing and snowboarding. The North Face wanted to focus on the big-mountain freeride sports due to the nature of the brand.

The Rooftop Film Club were the hosts of the inmate exposé, located at the Bussey Building in Peckham their base in London. It was an evening under the stars with snowboarding legends Xavier De Le Rue and Samuel Anthamatten. 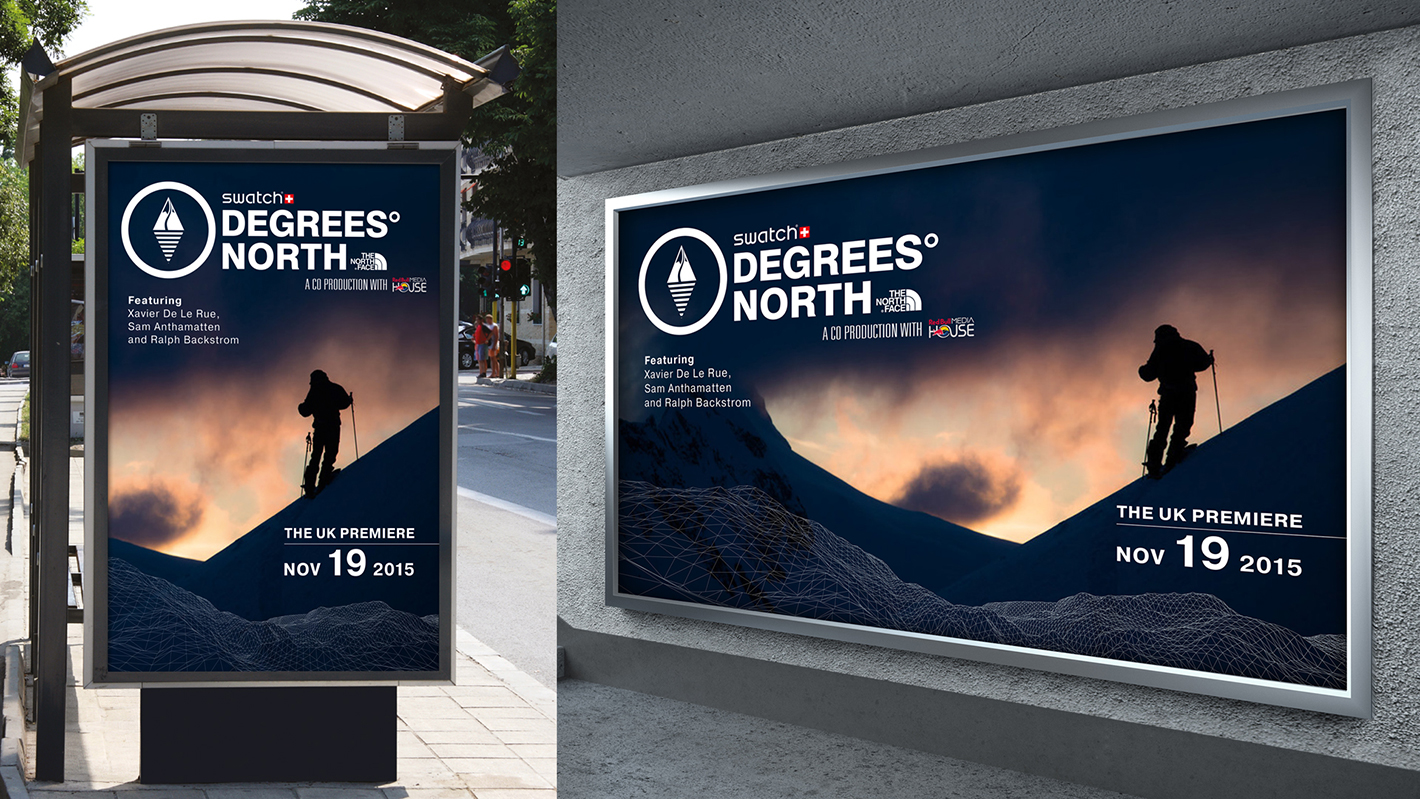