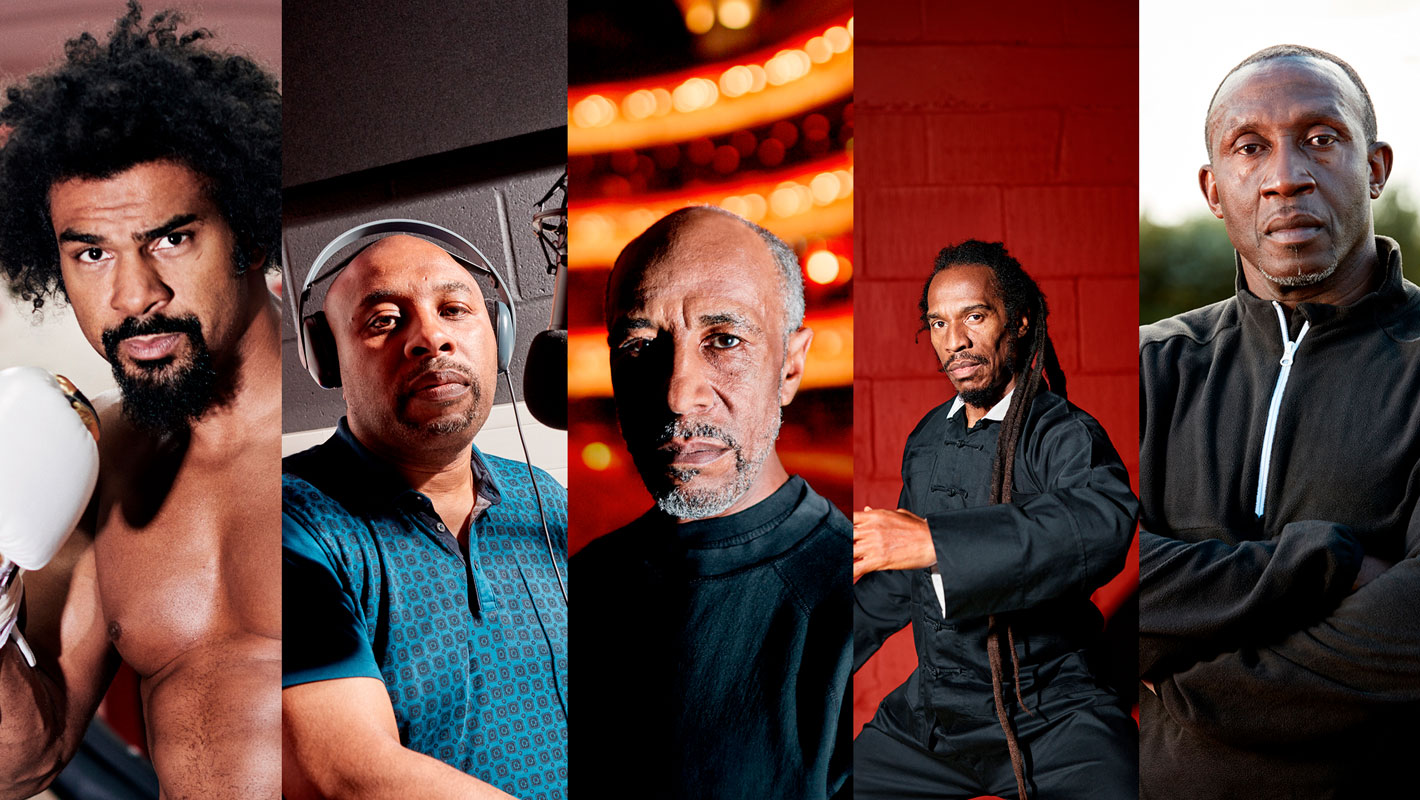 David Haye, Chuka Umunna and Linford Christie are leading the charge to raise awareness about prostate cancer and encouraging men at risk to get checked out.Legendary black stars from the world of sport, politics and the arts have joined forces in a show of strength against the most common cancer in men. The celebrities are calling on the black communities to confront their increased risk of prostate cancer, and break down the longstanding taboos that prevent men from speaking out about the disease.

Former WBA World Heavyweight champion, David Haye, Olympic gold medalist, Linford Christie, writer and musician, Benjamin Zephaniah, ex-England footballer, Viv Anderson, Red Dwarf star Danny John-Jules, and Labour MP, Chuka Umunna, have been captured in an exclusive set of images by the highly acclaimed photographer, Dennis Morris, to get black men across the country talking about their risk of prostate cancer and taking action. One in four black men in the UK will be diagnosed with prostate cancer in their lifetime, and one in twelve will die from the disease – double the risk faced by white men. Black men are also more likely to be diagnosed with prostate cancer at a younger age compared to men of other ethnicities, but an alarming 86% are oblivious to the increased danger they face, and the disease is still widely regarded as a taboo subject within many families. The famous black icons are leading the charge as part of Prostate Cancer UK’s Stronger Knowing More campaign to change these statistics for the better.

Over the last few weeks a series of billboard adverts featuring the celebrity faces of the campaign, as well as two men personally affected by the disease, have been unveiled across London and the West Midlands. Dennis Morris, who is globally renowned for his portraits of Bob Marley and the Sex Pistols, was inspired to get involved after learning about the severe threat that prostate cancer poses to black men.

Dennis commented; “Up until recently, I was among the many thousands of black men who are unaware of the threat that prostate cancer poses to our health, which is why I wanted to get involved in this campaign. We chose to shoot the celebrities in locations where they feel strong. So for Danny, we shot on the stage of the Royal Opera House – a place he particularly likes to be. Benjamin chose his Tai Chi room at his home which he trains in, David chose his gym, which is where he feels he has maximum power – it was quite powerful seeing him going through the motions. Every location was so varied, which has given each portrait its identity.”

It is not clear why black men face a higher than average risk of prostate cancer, but it is widely thought that genetics could be an underlying factor. The PSA blood test is the first step towards diagnosis, and black men are encouraged to start speaking to their GP about the test from the age of 45 – five years earlier than other men.