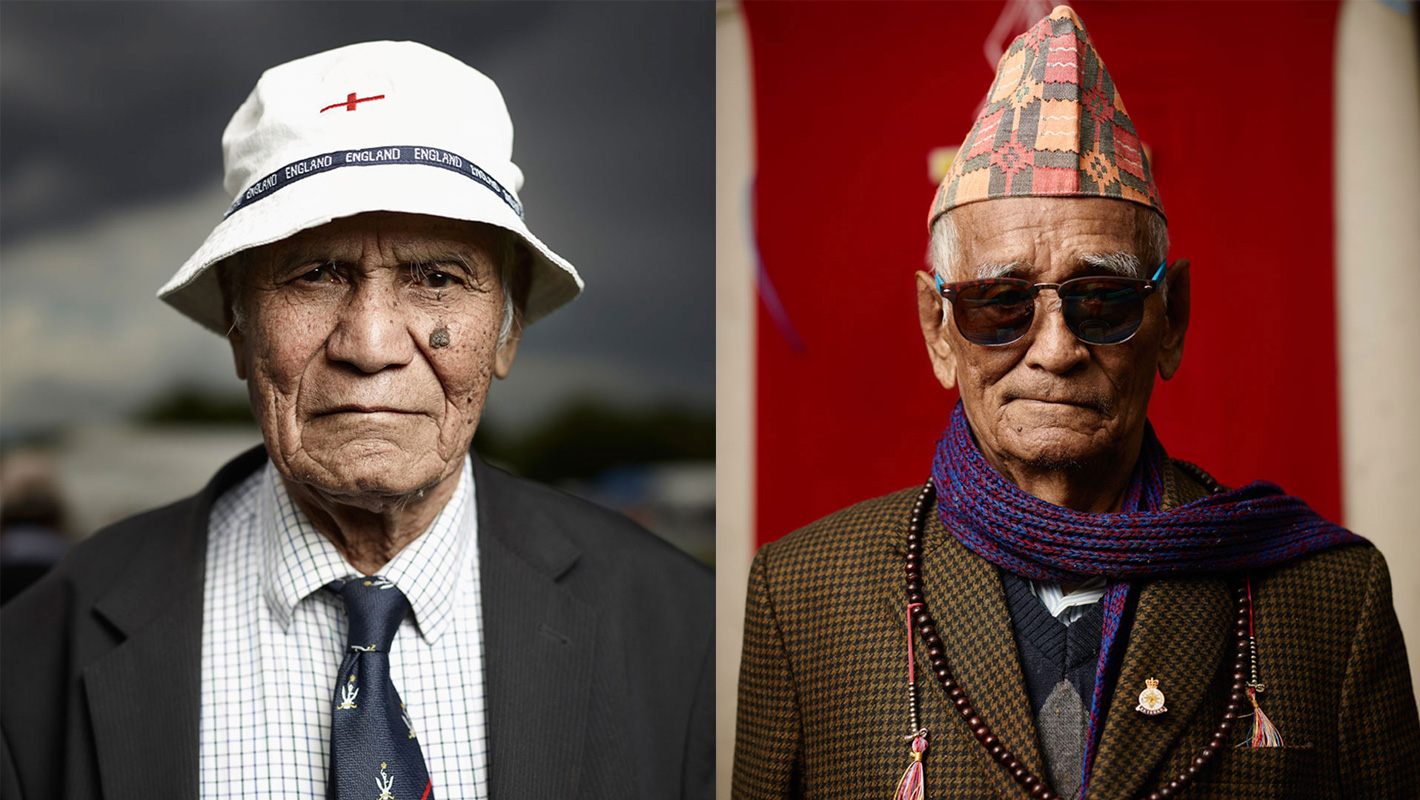 Since a high court ruling allowed Gurkhas to retire in the UK, a sizeable migration of elderly Nepalese has taken place.

Tapestry will present an exhibition of photographs of England’s elderly Nepalese community. Ex-Gurkas and their wives that have settled in Britain after retirement. Danny Bird, Tapestry’s head of photography, resides in Greenwich, which is home to the largest Nepalese population in the UK and with the help of charity skills and care, he has been introduced to these incredible stories. The exhibition focuses on the Gurkhas adjusting to life after the army and their migration from Nepal. The exhibition will also take a look at how the Gurkhas integrate with a seemingly alien culture at such an advanced age.

On making contact with the charity ‘skills and care’, Danny was introduced to some of the local elders, and over the course of this year has made a series of beautiful portraits that will be shown at Tapestry’s gallery on Frith street during October.

Prints will be on sale, we are hoping to be able to raise money for two Nepalese charities, one to benefit the local nepalese elderly and another that funds projects in Nepal.