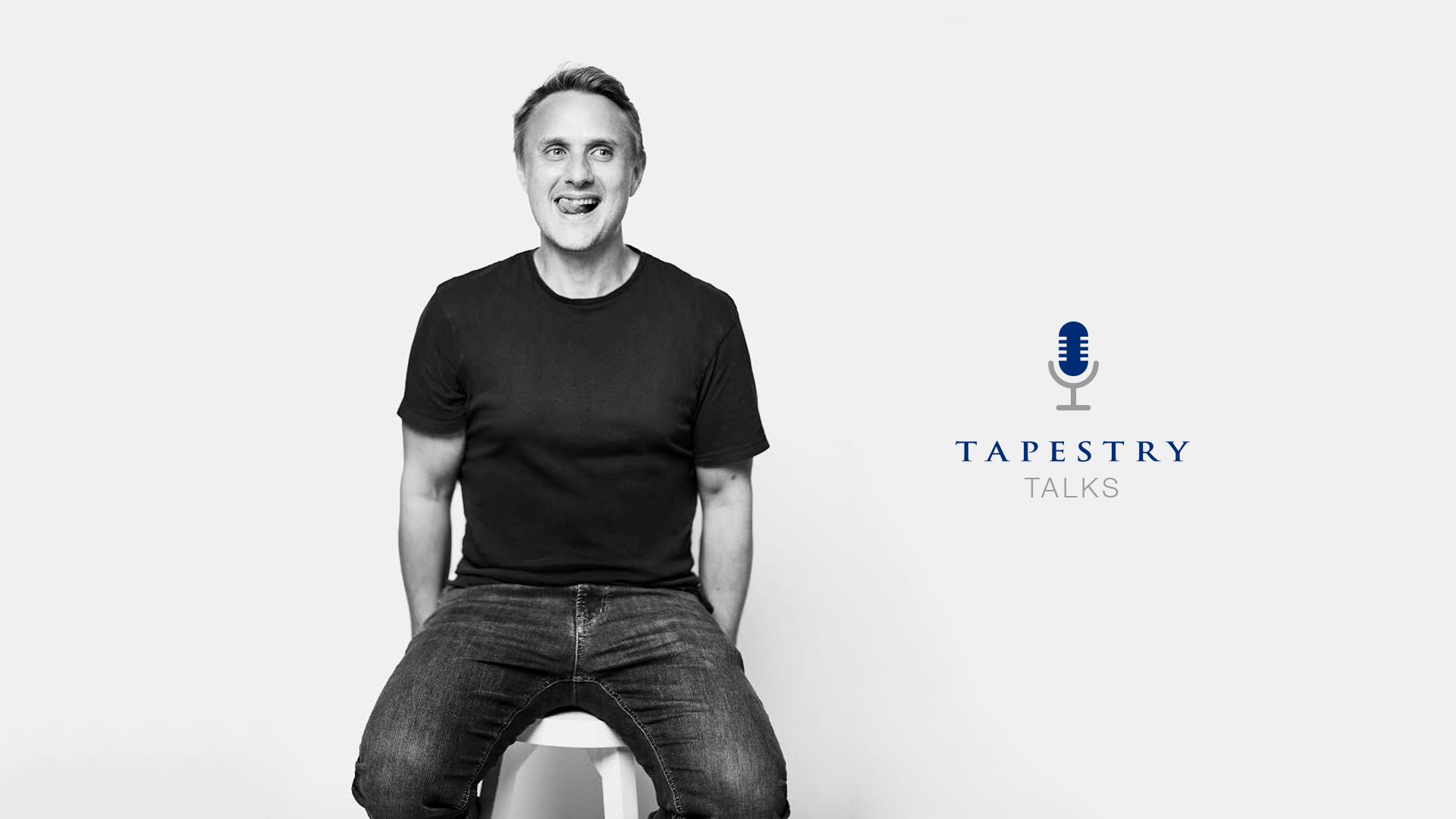 Edwin has been a part of Tapestry for over 30 years and has seen first-hand the changes in the industry. His experience as a colour hand printer provided him with extensive knowledge that was transferred from analogue to digital. When hand printing was at the peak of its time, there was barely a photographer of note that didn’t work with him at one time or another. His passion and experience resulted in a natural transition into moving image, making him our senior colourist here. To kick off our new interview series ‘Tapestry Talks’, I sat down with Edwin and picked his brains about all things colour and his time in the industry so far.

Let’s start right at the beginning – what was your first ever job and how old were you?

Oh god, so I was 15 years old and my first ever job was a photographer. This was before I joined Tapestry. The company I was working for did studio work, banqueting work and we also took pictures of royal events. I’d be there when Charles and Diana were there, Margaret Thatcher too when she was in power. I had a medium format camera, a Mamiya c330, and I went through 3 of them as I’d shoot so much film. I loved it – when you’re 15 you don’t really care you just do it.

And you’ve been at Tapestry for over 30 years now – How old were you when you joined and what was your first role here?

Let me see… I started just before my 18th birthday in 1987, and my first role was as a black and white hand printer then moved on to c41 colour film processing and colour hand printing. I’d also work in our studio shooting 5 x 4 film. I remember I used to work on giant hand prints, massive ones. We had a dark room with an enlarger on a track and we’d enlarge negatives from 35mm up to 50 inches by 96 inches wide. They were amazing quality – we really did create some incredible work for a bunch of photographers whose prints were regularly part of exhibitions.

Do you ever miss it?

Yeah, I loved it, but I wouldn’t ever go back –
I love to constantly evolve along with changes in technology.

Before we get stuck in, how would you describe colour grading to a 10-year-old?

How would I describe it…? It’s almost like taking a picture, thinking about the mood of that picture and then adding in colours to help enhance that mood. I guess it’s a bit like getting crayons, and colouring in. Basically, grading each image is like an adult colouring in book, and I like colouring-in, so…

Nicely put! So how did you find yourself venturing towards colour grading?

Ah, so you self-taught initially?

Well yeah that’s how I started, back then we didn’t have the wealth of information on the internet like various youtube videos and tutorials, we just had to use books. I used to go down to Foyles and search for the best books I could find. I’ve still got a few at home now!

And now you’ve trained yourself up to be the wizard of colour! So, why is colour grading so important?

Well, the idea of colour grading is to get the best out of a piece of footage (or a still) that you possibly can. As I said earlier, it enhances the director’s artistic vision and the overall desired mood of a piece. It’s really important to match the director’s vision – they’ll often be inspired and send me a certain look, which is for me to then bring the rest of the footage to match the look if you know what I mean.

Can you think of a film that you’ve watched and wished that you had graded?

A recent film that sticks with me is Blade Runner 2049, I just think it’s quite amazing. You can really notice how the palette taps into the different mix of atmospheres, and the red desert scene is a great example of how colour grading can work so well alongside CGI.

That being said, is there a particular style of grading that you prefer to work on?

I actually tend to veer towards the dramatic side, but I think the idea is to get it as filmic as you can. You know, not make it too harsh and make it easy on the eye – always got to be easy to look at. The colours are all about opposites, for example, there’s the teal and orange style you see a lot in action movies, you know, Mission Impossible style.

Colour grading has changed a lot. The future is actually set out with us in the software – it’s becoming more compatible with various other programmes, with sound design and comprehensive CGI software being integrated.

For elite graders with large post-production teams, they can focus solely on the grade, but our job here requires us to be capable of more than just the grade. Whether that be removing a branch out of a shot, or retouching the scratches out of a car, we are now able to do more within the software – it’s constantly advancing. I guess you could say the role of a colour grader is evolving into a finishing artist.

Finally, after spending a long time in a dark room, what do you like to do when you head out into the sunlight?

Ahh, well if I’m not cycling, I’m going to the gym, or if not that then I’ll be swimming, and if none of the above then I’ll be taking pictures. I like to take photos with whatever camera I have on me at the time, whether that’s my phone or not. I like to twiddle with images constantly!

I then managed to rope Edwin in to taking a photo in our studio before he headed back to his suite to crack on with his work. If you haven’t seen already, our colour grading webpage is now live, which gives us a chance to shout about our recent work that we’ve carried out – head over to the page to see our latest case studies.