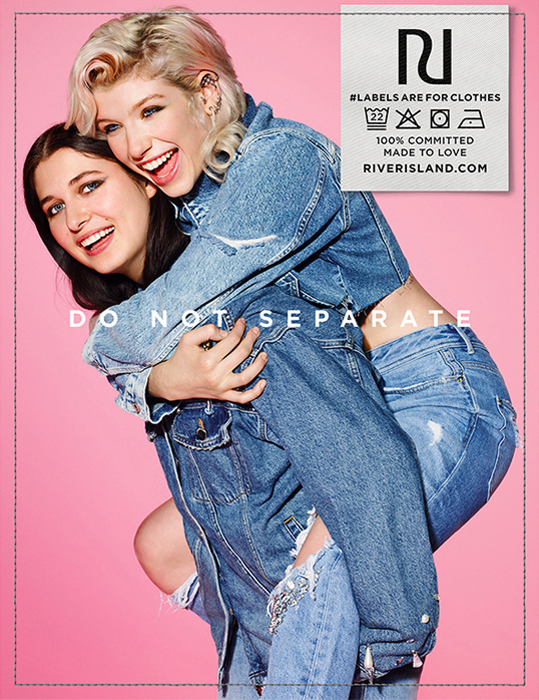 Our long-standing client River Island was super excited to launch their latest SS18 collection, and so were we when they asked us to assist them with the production of their in-store artworks and press advertising campaign. The campaign, created by integrated agency Studio Blvd, has received an enormous amount of positive press due to their upbeat message that ‘Labels are for clothes, not people’. They’re aiming to raise awareness of the outdated and irrelevant labels that people are given. 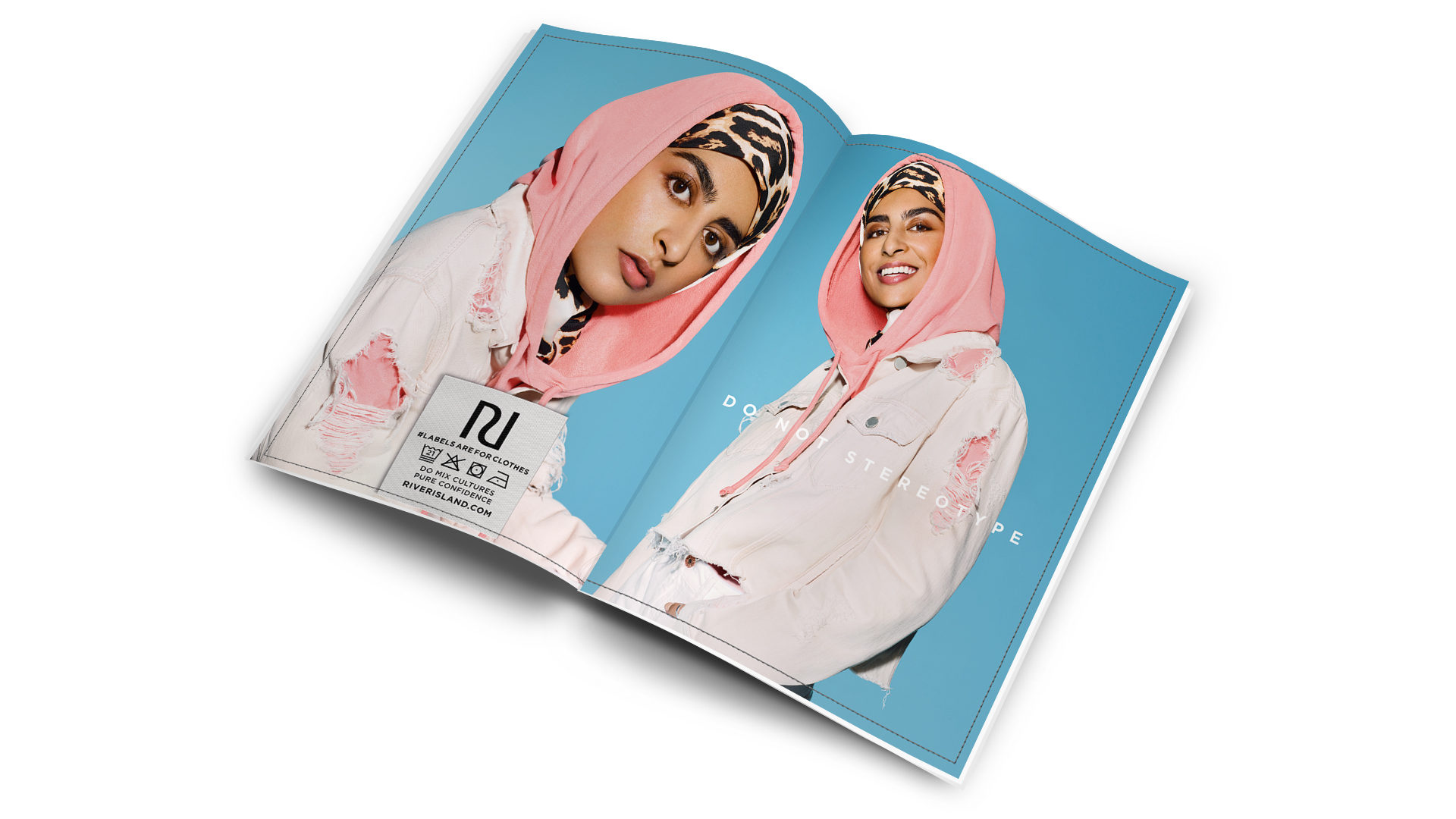 As per previous years, we format and supply all pre-press, OOH advertising and reprography for the in-store and point of sale material. This year we were also briefed by River Island to produce some photorealistic elements for the campaign; a label which would contain the brand’s identity and messaging, and the stitching which would eventually come to frame the creative. Due to the nature of the advertising formats, CGI was used to create these elements, which appeared just as effective when displayed on a large screen across River Island stores as it did in press advertisements. In total, over x600 bespoke SKUs were built and trafficked through Tapestry in the run-up to the launch of the campaign which has been scheduled to run across TV, OOH, press, social and in-store. 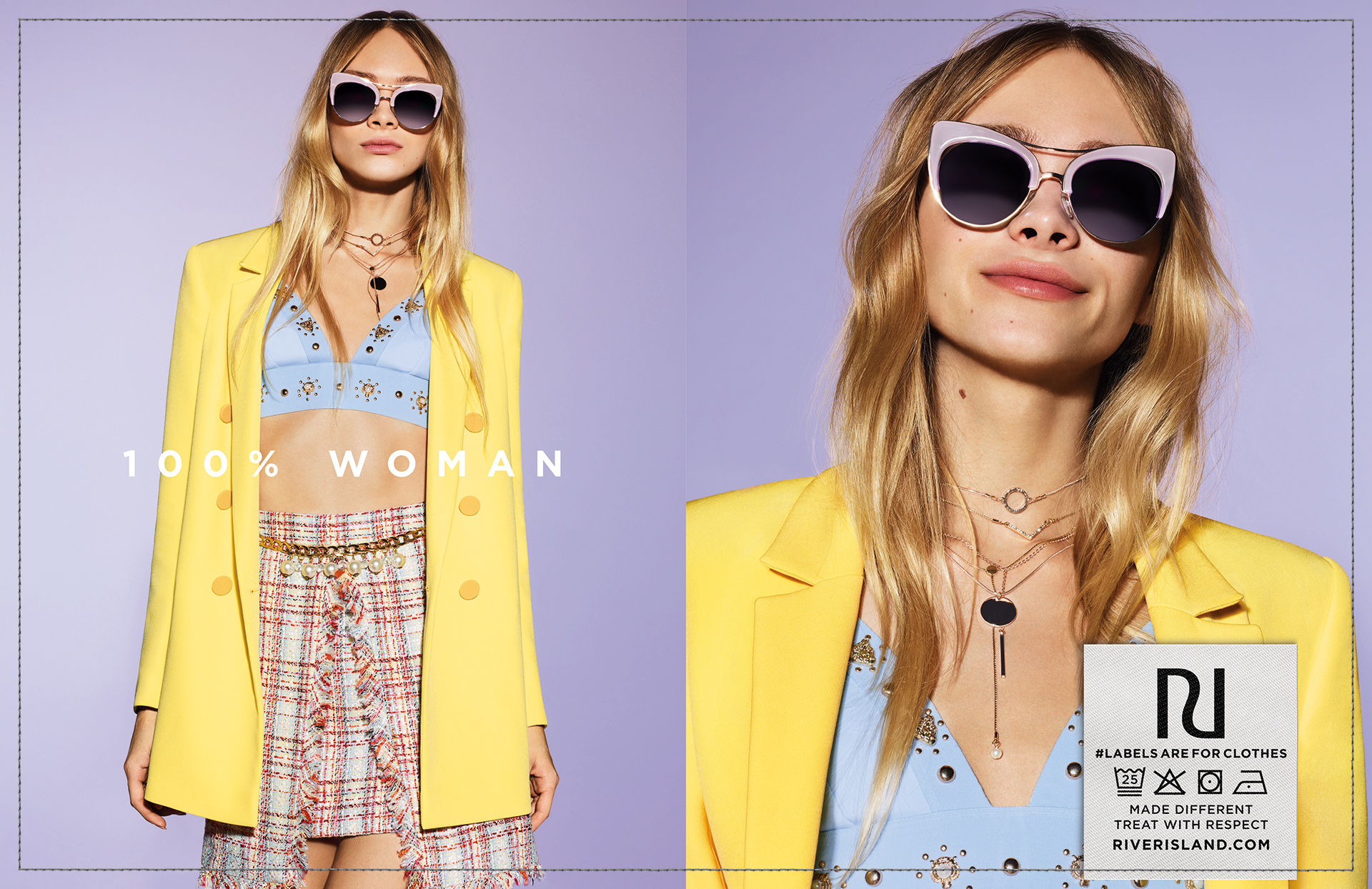 To see more of our reprography artwork for River Island and their Oxford Street store, click here. 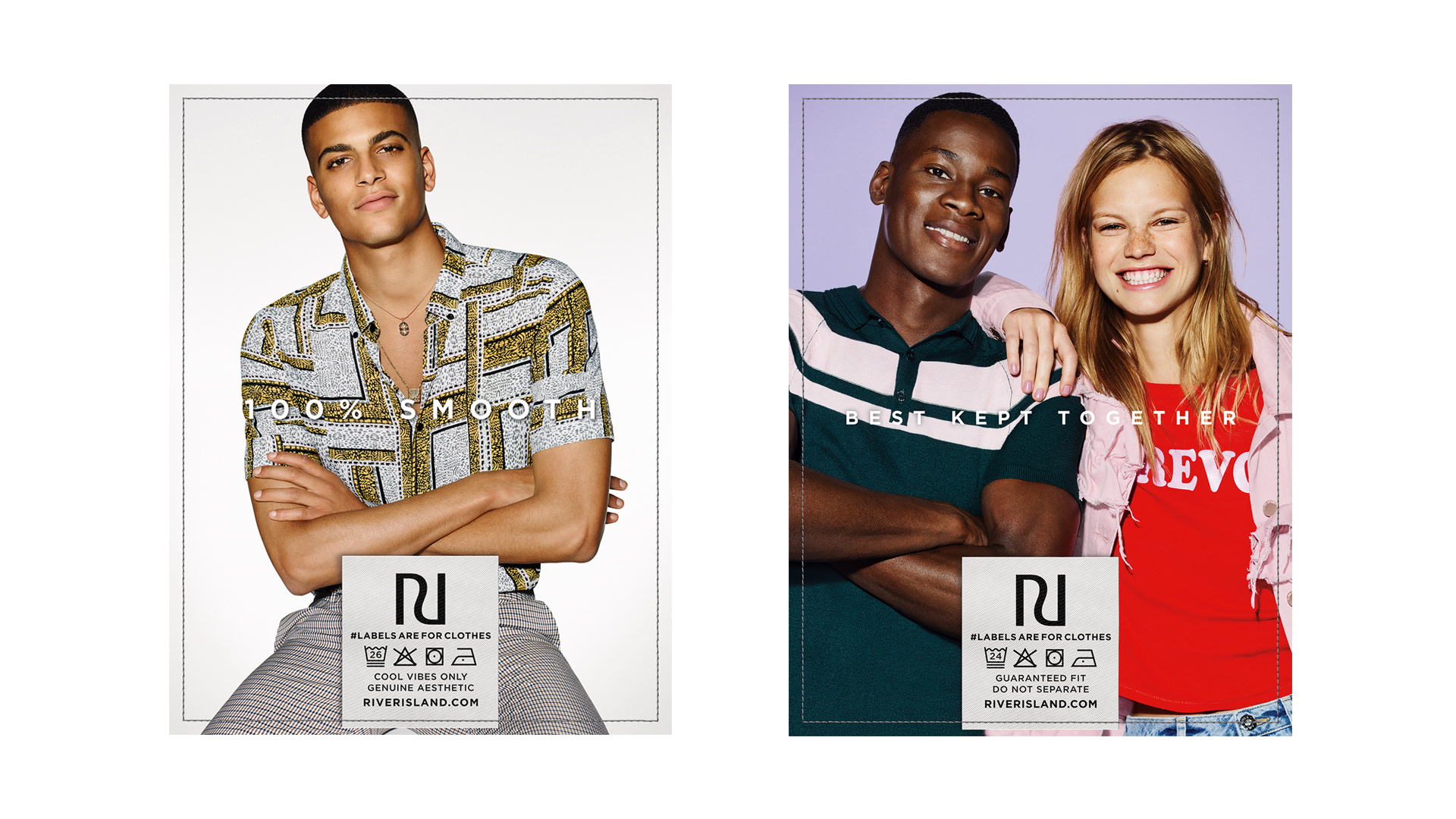 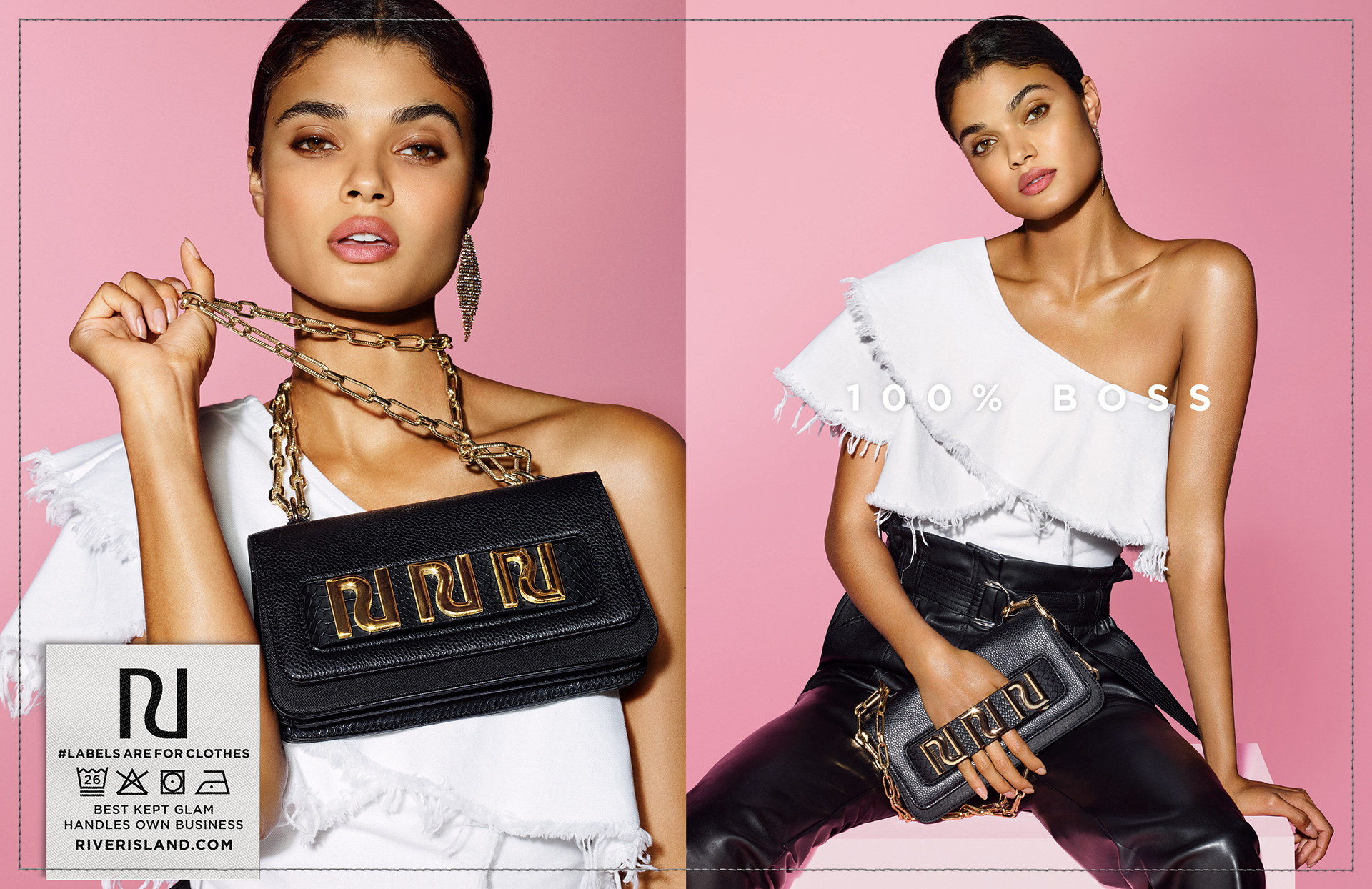 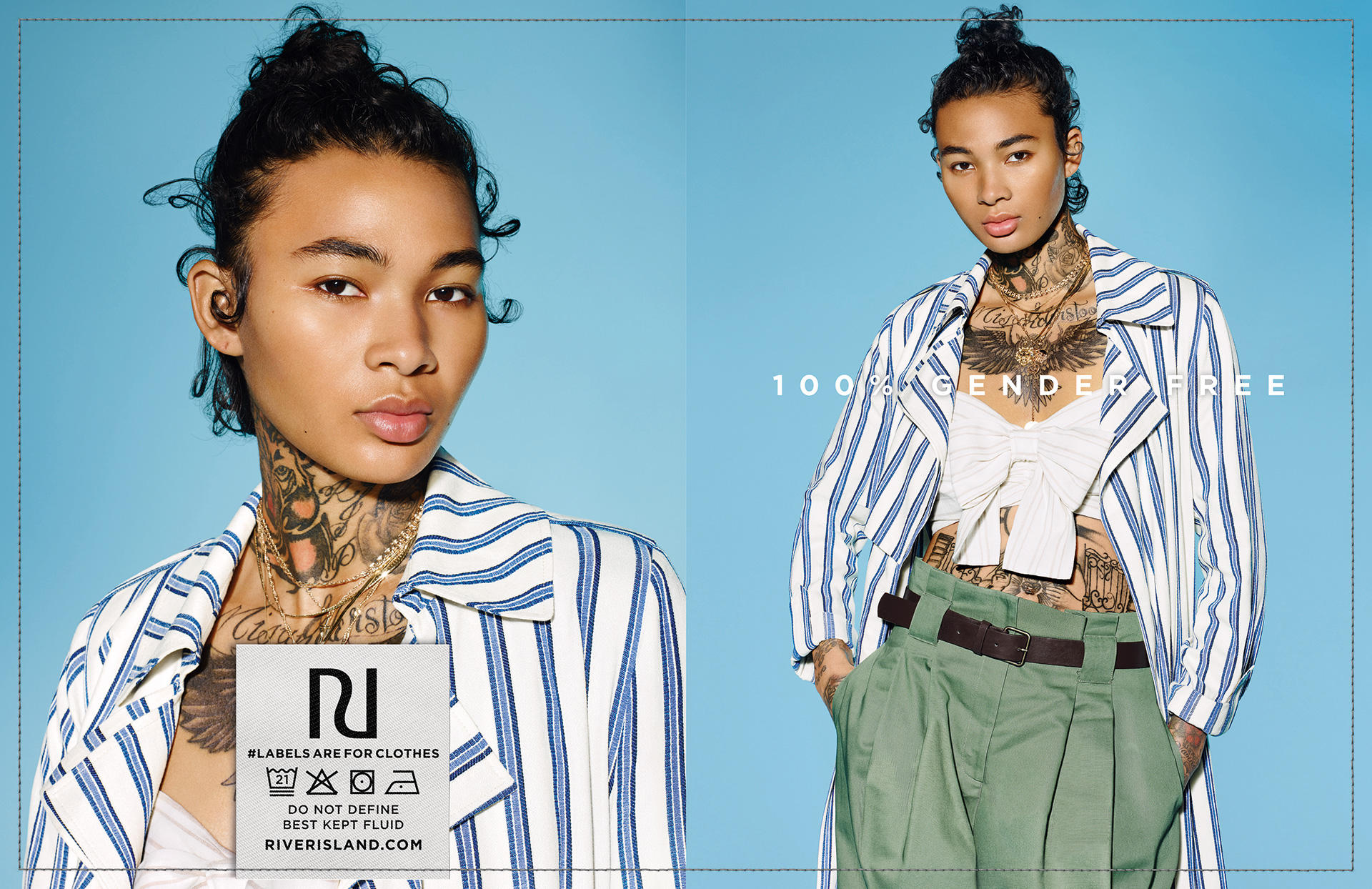 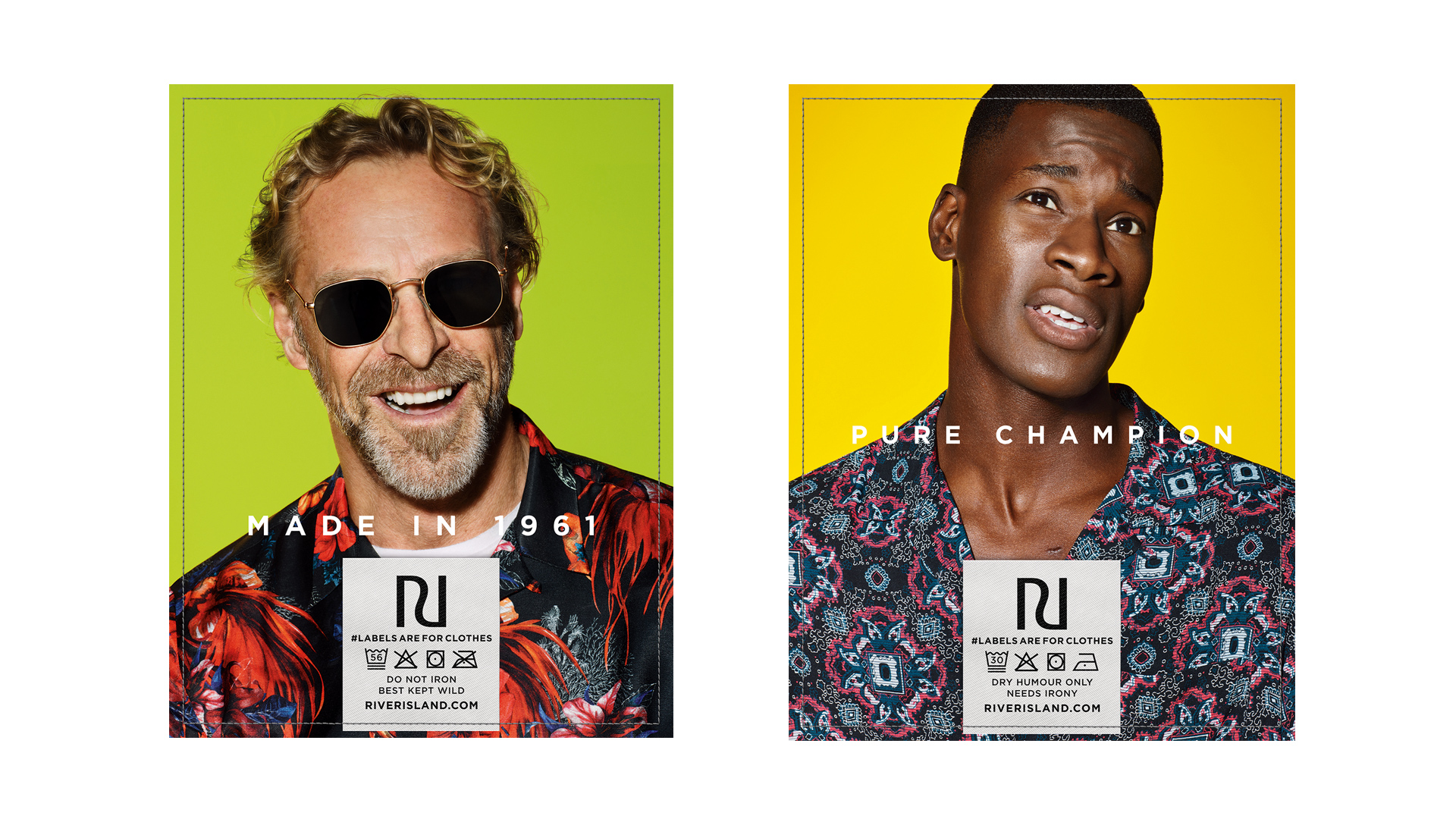 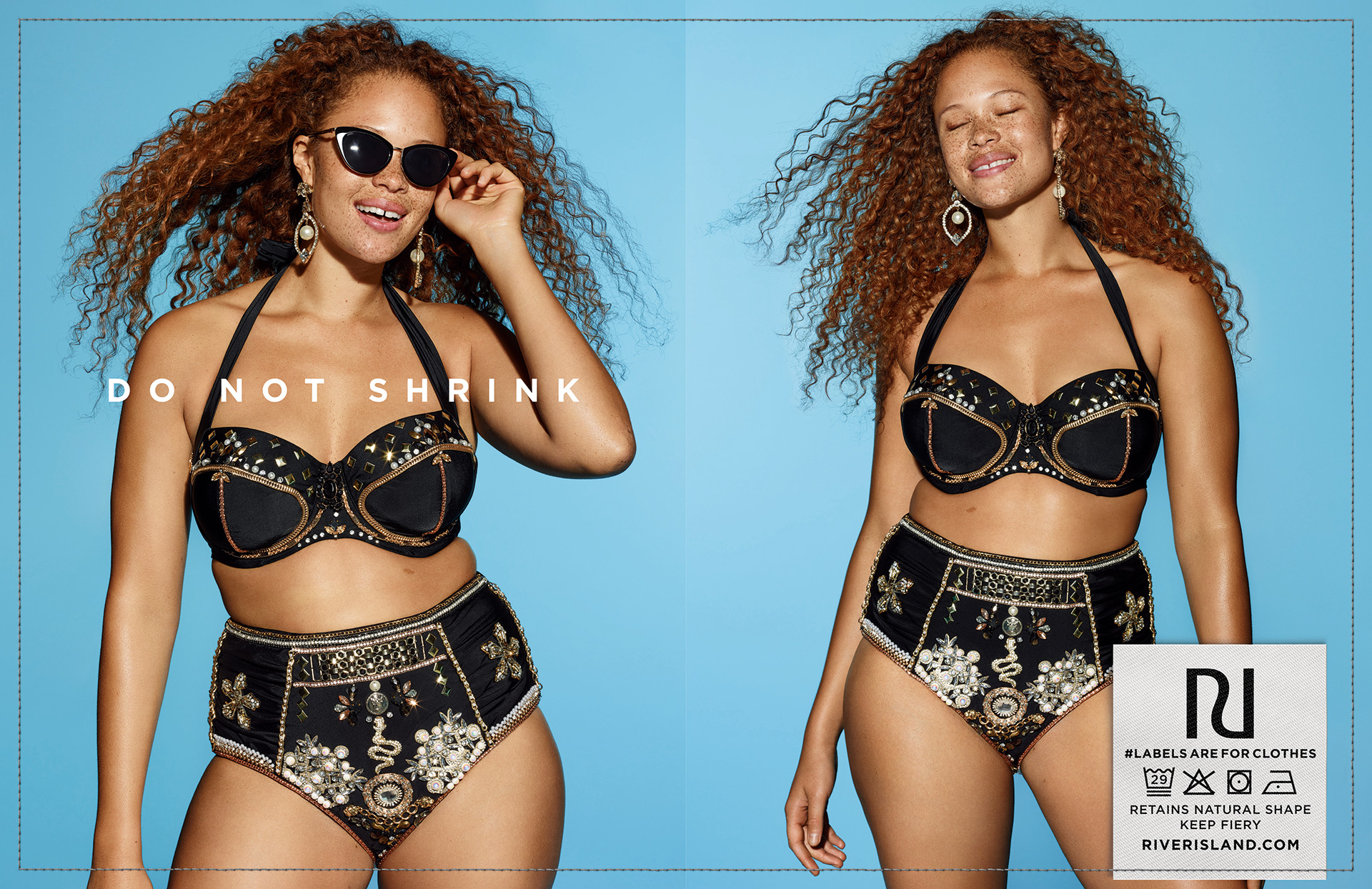