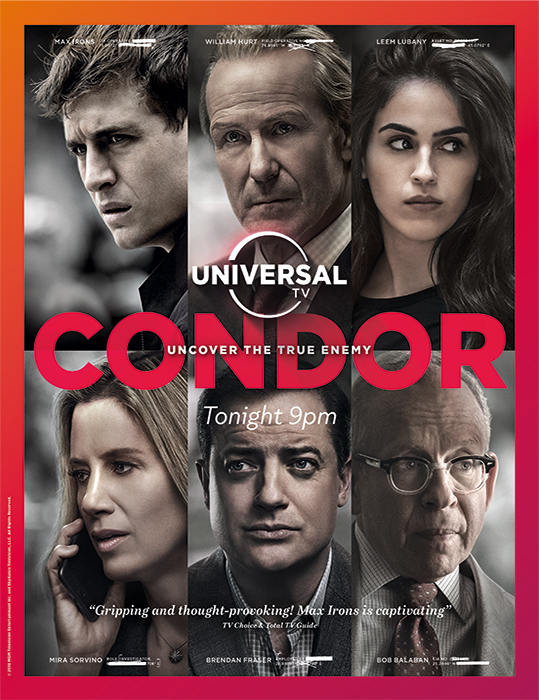 Condor is a new series to the UK Aired for the first time in the UK on the Universal Channel on the 29th October 2018. It is inspired by the 1975 political thriller ‘Three Days of the Condor’ and follows the story of Joe Turner who works for the CIA but is deeply conflicted about his work. 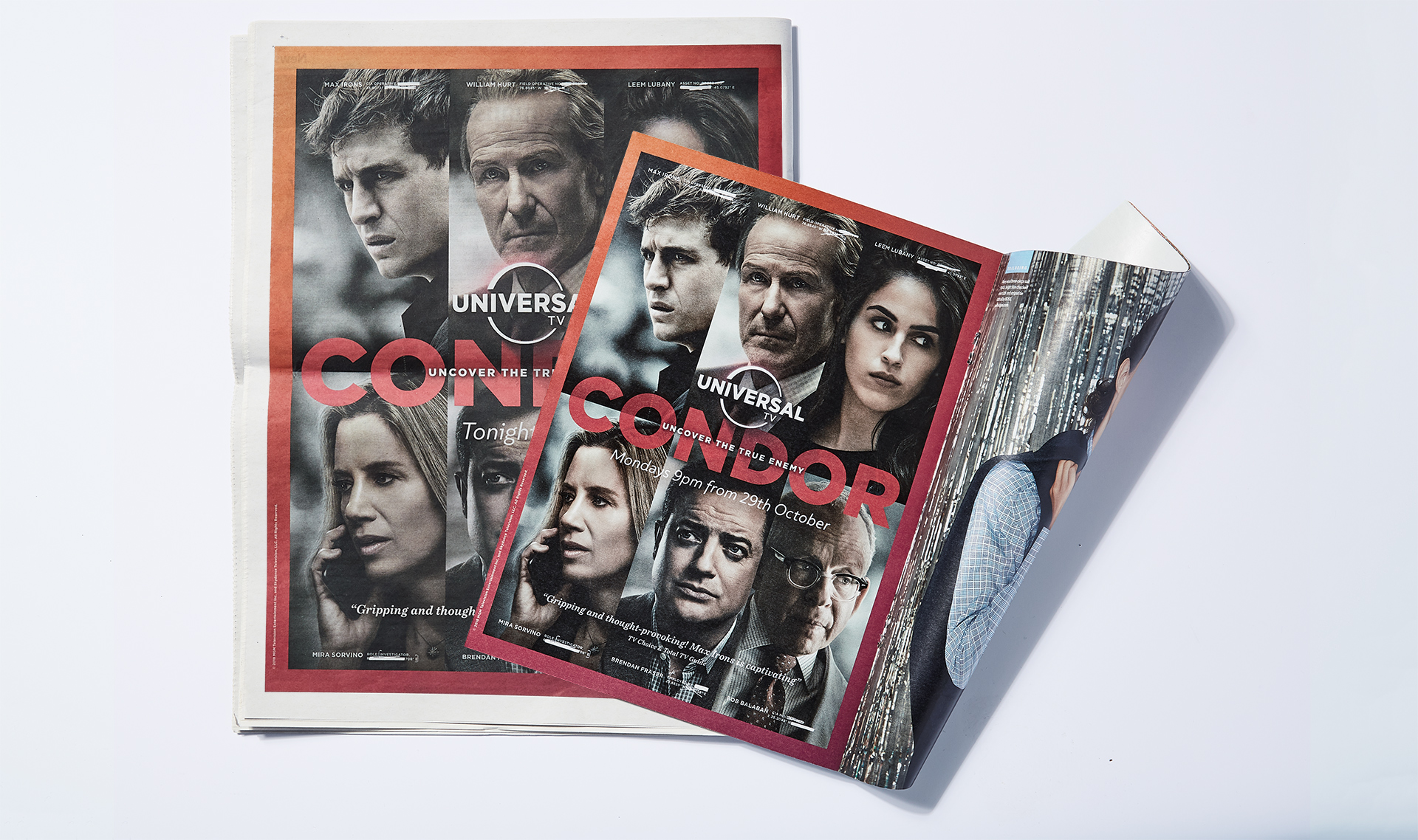 NBC Universal released a series of print advertisements on the 29th October to promote the series in the UK. We delivered full page advertisements across publications including Daily Mirror, Metro and Shortlist, ensuring the vibrant colours were reproduced correctly across each publication.