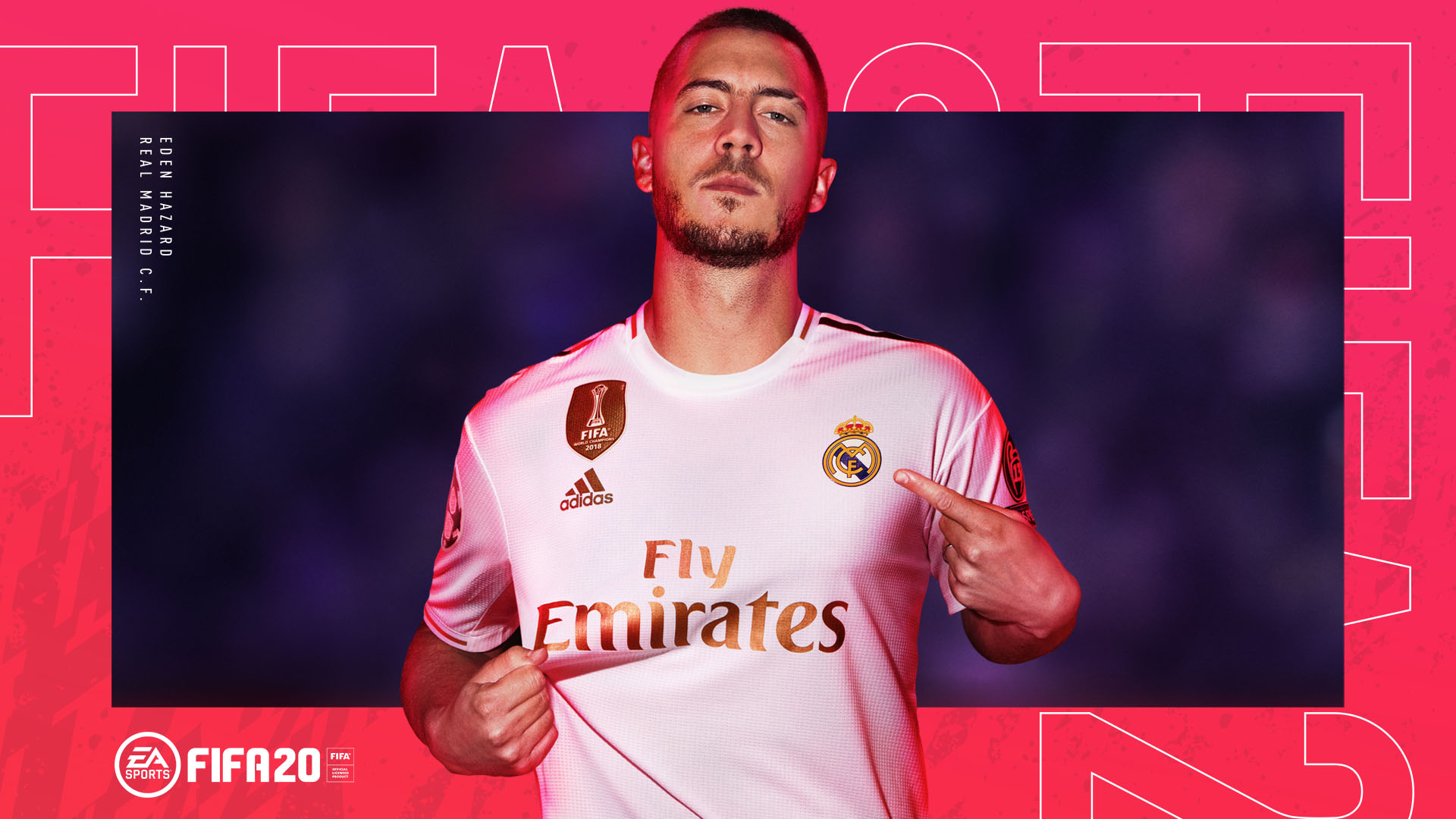 FIFA 20 is a football simulation video game published by Electronic Arts as part of the FIFA series. It is the 27th installment in the FIFA series, and was released on 27 September 2019 for Microsoft Windows, PlayStation 4, Xbox One, and Nintendo Switch.

We produce all the packaging artwork surrounding the game, including inlays, inserts, discs and sleeves. There are three editions of FIFA 20 available – Standard, Champions and Ultimate. As you can imagine, providing the artwork and localisation for each edition of FIFA released across 4 different platforms and 28 territories worldwide is no small task. 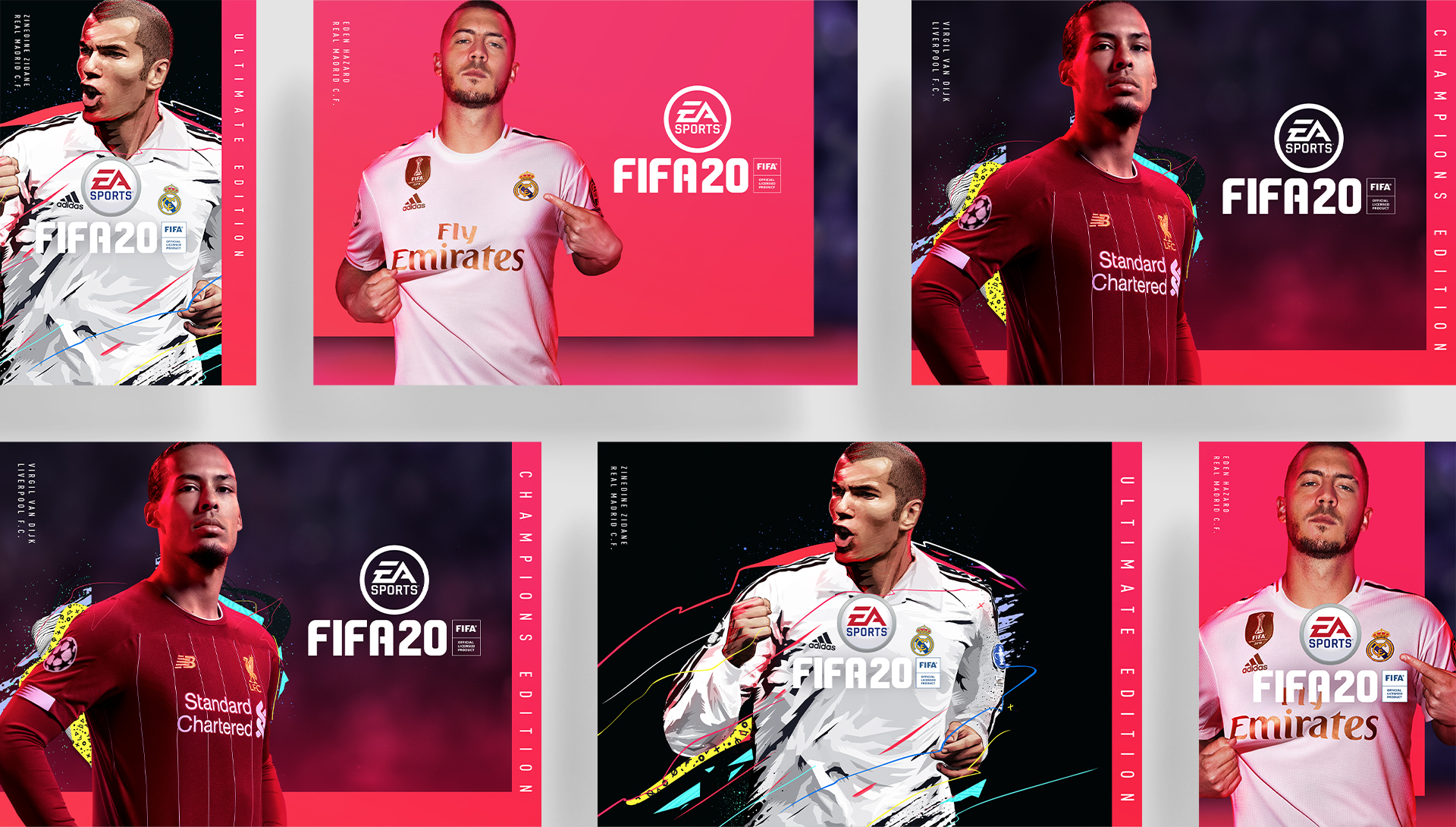 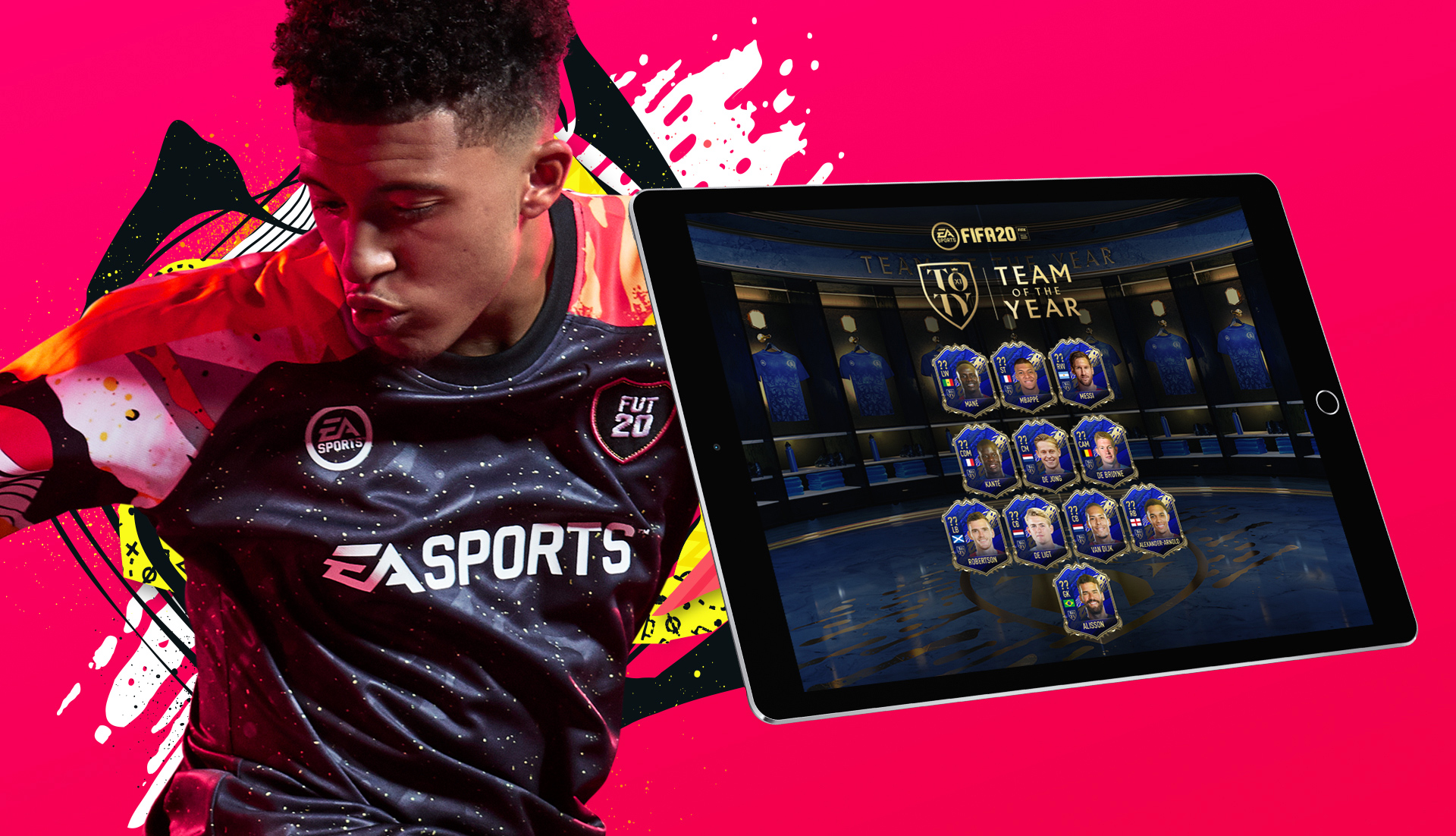 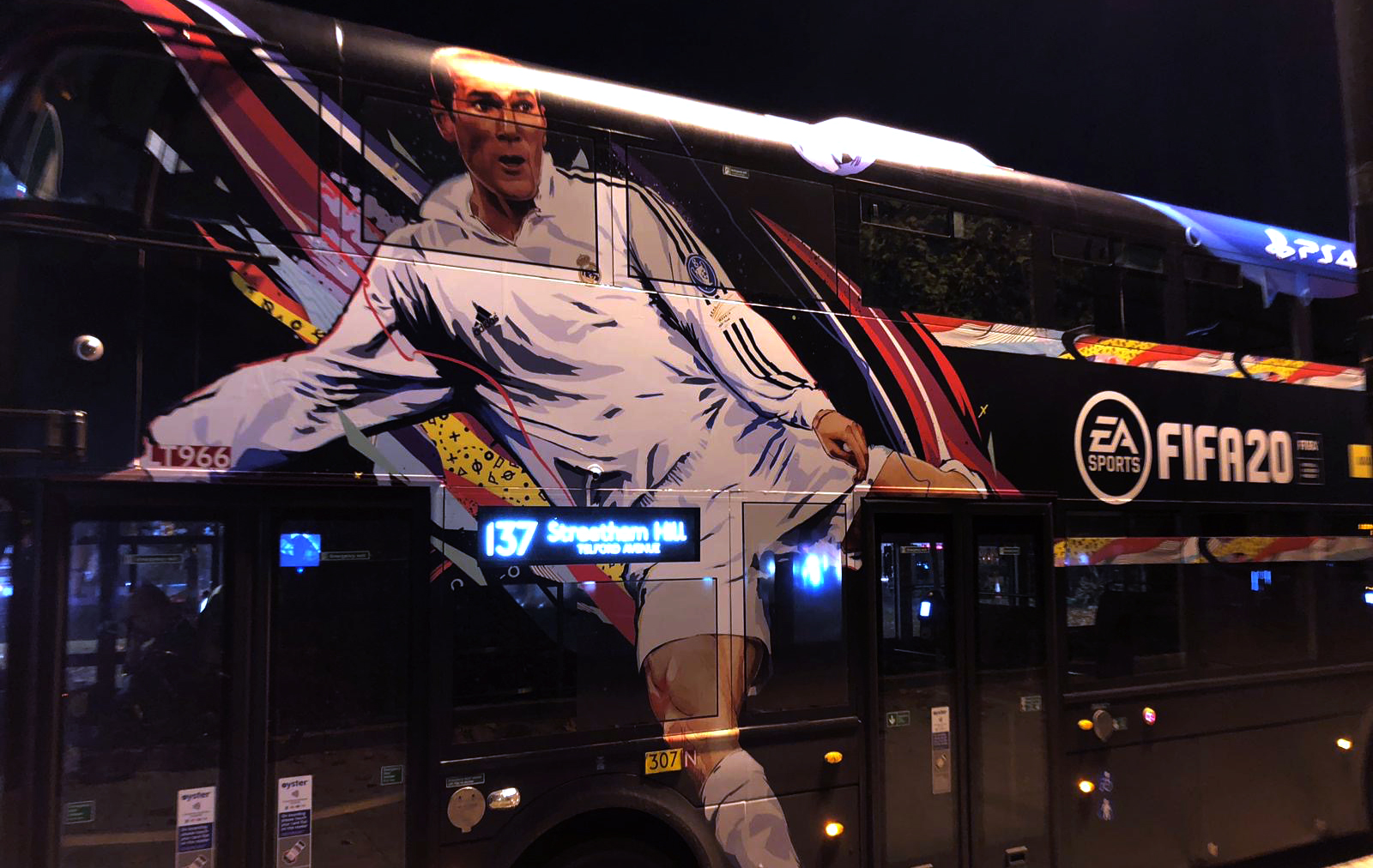 Not only do we produce print and digital artwork, but for the release of FIFA 20, EA ran their second OOH campaign in fifteen years. The global out of home campaign included bus wraps, stadium wraps and IMAX illuminations alongside print, video and web assets produced by ourselves. 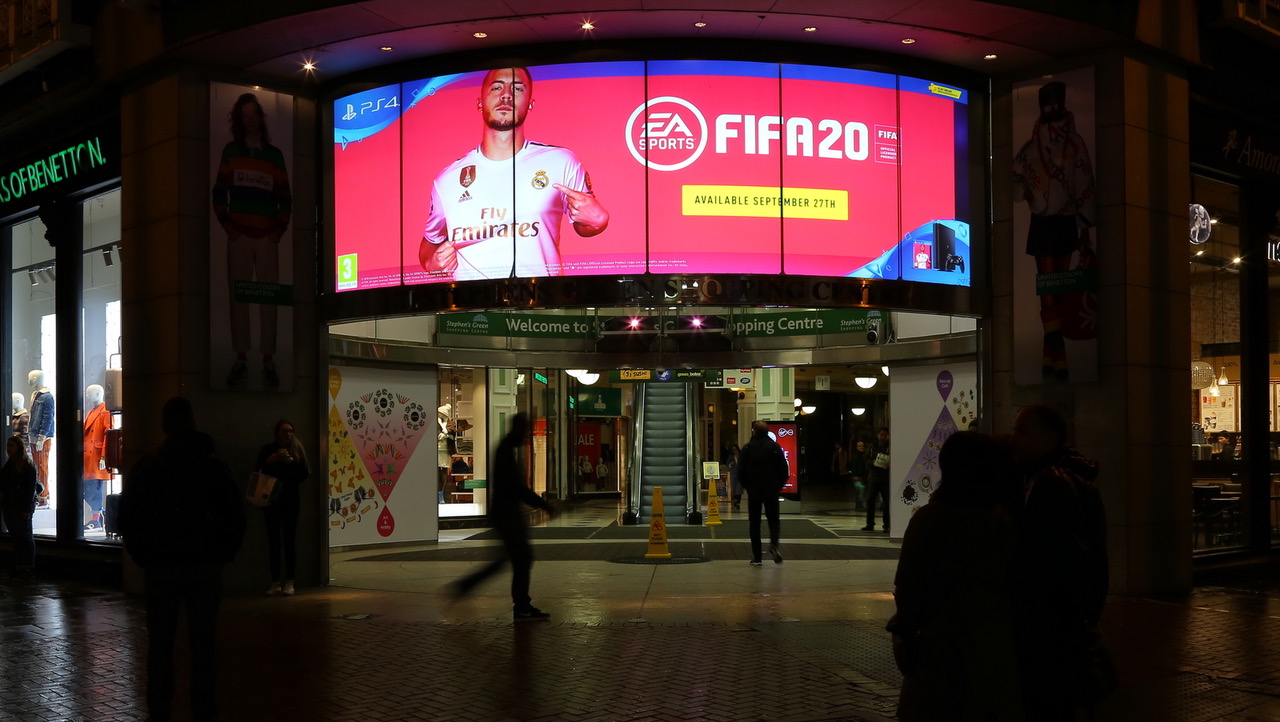 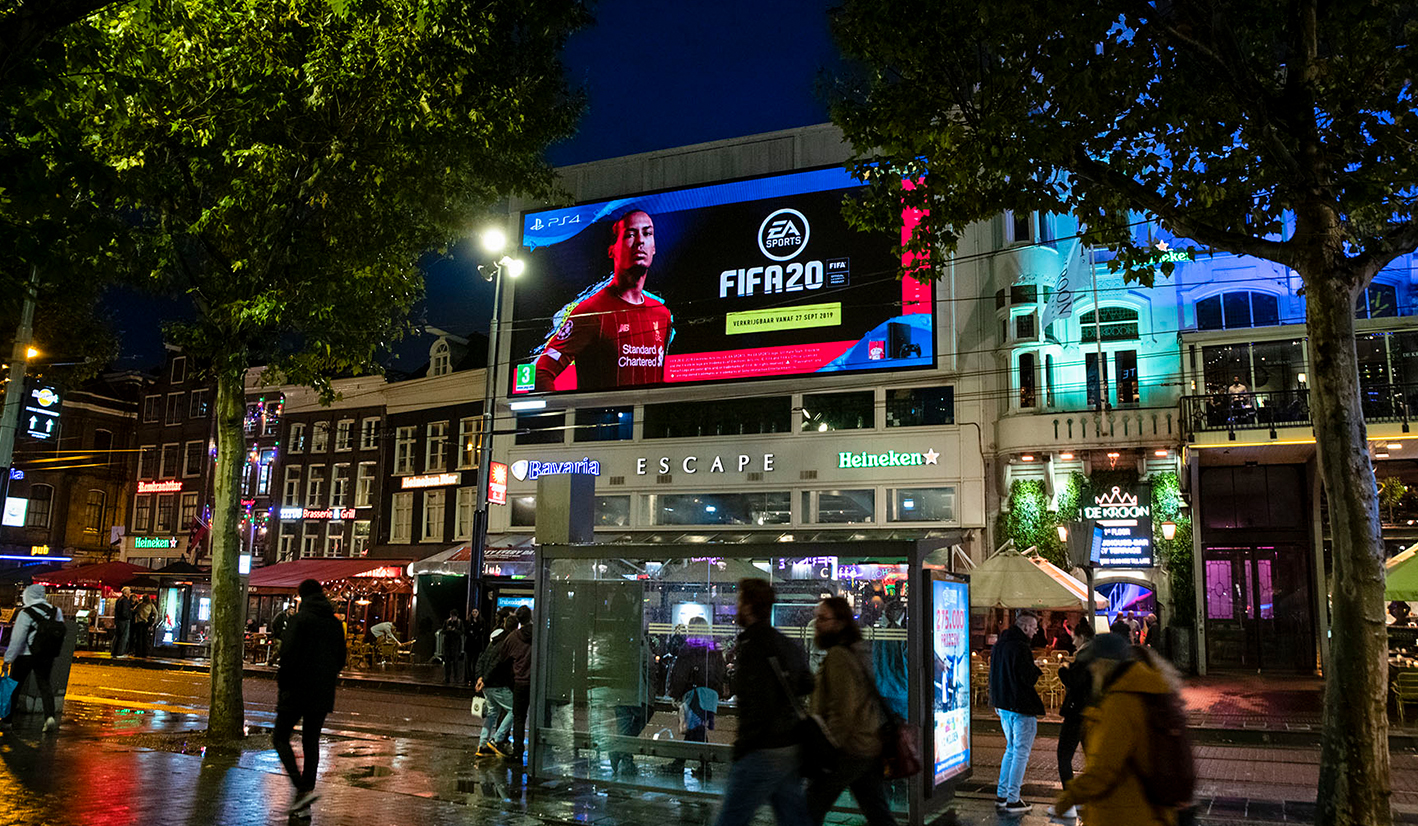 With locations such as Stade de France and Piccadilly Circus being taken over by FIFA 20, the campaign certainly had an impact on a large scale. The Piccadilly Lights takeover featured clips from the ‘Break New Ground’ campaign that EA worked on with adam&eveDDB. 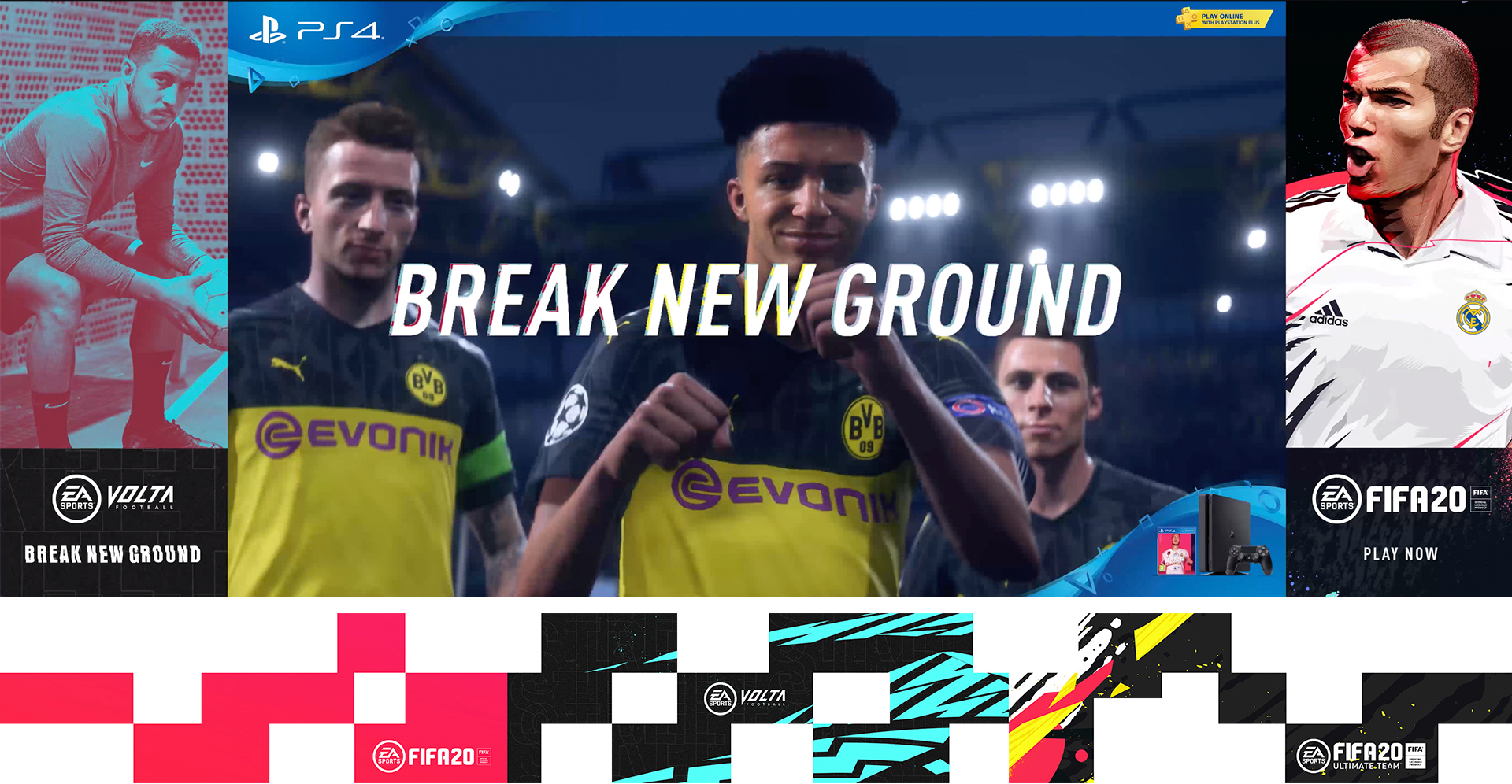 We retouched the images displayed across the Stade de France, creating alternate layouts with varying players for the set of advertisements. We also ensured that the images of the three players mirrored each other in terms of tone and lighting, applying the light red tinge across the players. 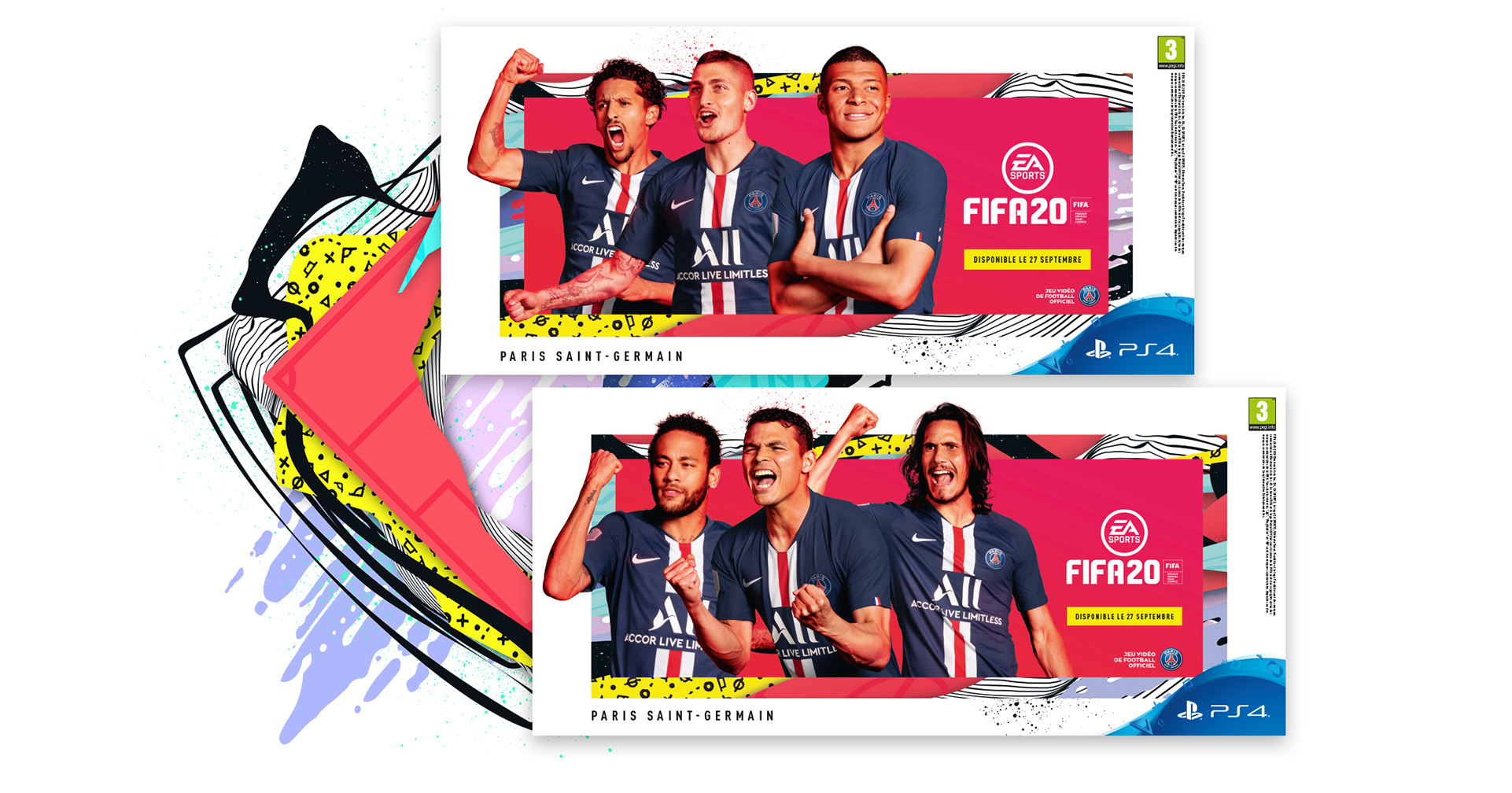 Producing FIFA each year requires talented teams get involved in the project to ensure it not only meets our quality standards, but also leaves EA happy with the final result. We relish working on such a large scale project each year, and are proud to produce all of EA’s artwork globally. 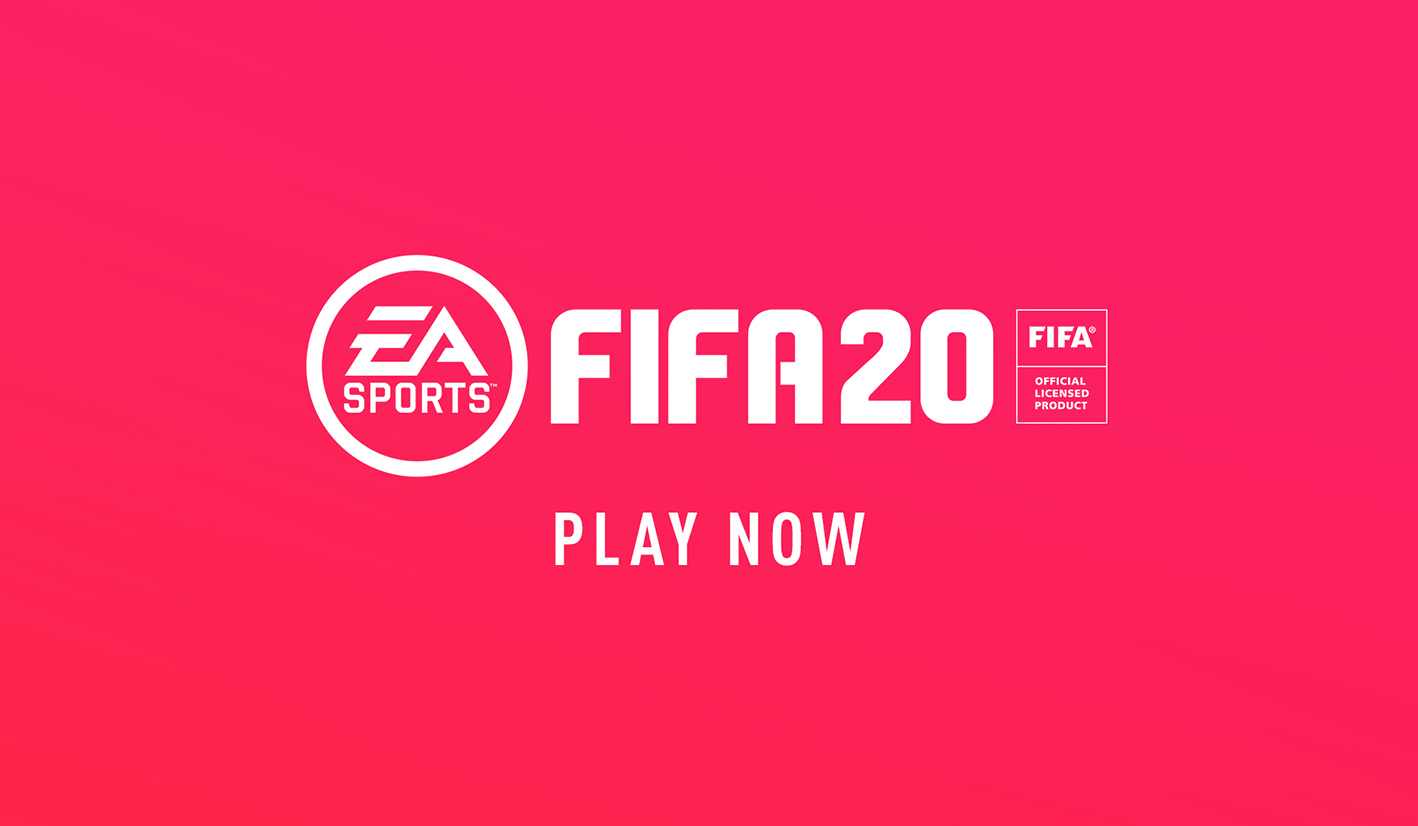